Adelaide United can officially announce it has secured the signing of Danny Choi as an injury replacement for Marcelo Carrusca.

21-year-old Choi has played a starring role in Blacktown City’s National Premier League side during 2016 and also its charge in the Westfield FFA Cup. Choi scored 13 goals in 23 matches in this season’s NPL.

The South Korean forward, who now resides in Australia, has signed a short-term deal with the Reds to replace the injured Marcelo Carrusca.

United’s Head Coach, Guillermo Amor, said he was delighted to secure Choi and is confident about his abilities.

“Danny is a good footballer and we have watched him closely,” Amor said. “He played with us against Sydney last week and he did well, so we are very happy to have him as part of our team.

“He has a lot of speed and the people saw his abilities in the FFA Cup earlier this season scoring a wonderful goal, but also playing very, very well overall.

“Danny will start training with us and he will fit in with our football well.” 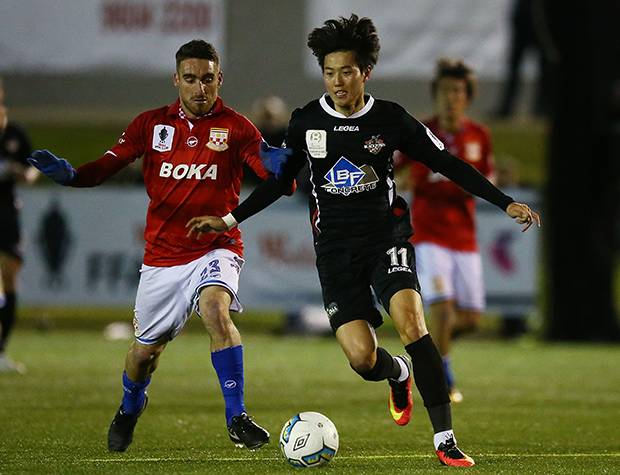 Choi said he was very grateful for the opportunity Adelaide has afforded him ahead of the start of the Hyundai A-League this weekend, eager to start his time with the Reds off to the best possible start.

“I am very grateful to have been given the opportunity to play in the A-League and especially for the reigning Champions.” Choi said.

“I’ve been playing the best I could for Blacktown and I have to thank them for the opportunity they gave me.

“Adelaide noticed the way I was playing for Blacktown and decided I could bring something positive to the club.

“I’m looking forward to learning a lot during my time with Adelaide and I’m going to give my absolute best every day to help the team in any way I can.”