Reds in the Community – Port Pirie

Despite their busy pre-season schedule, Adelaide United’s first team took some time out of their preparations to visit the local community of Port Pirie.

To view a selection of photos from the Adelaide United Football Schools, click here.

To view a selection of photos from the Reds’ open training session, click here. 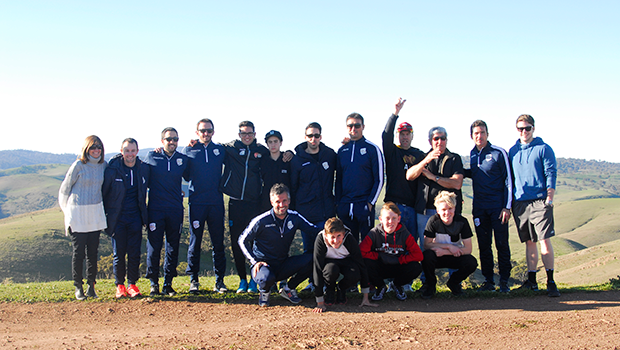 Amélie with her first #AdelaideUnited jersey signed by all the team today. Thanks boys ?⚽ #weBoutThatFootballLife

Although Adelaide United are the club for all South Australian’s, the Reds were humbled by the immense support they received when they visited Port Pirie in July.

Hundreds of Reds fans turned out to show Guillermo Amor’s men just how loved they are in the region and it is a trip the team won’t forget any time soon.

And with the Club increasing its focus on grassroots engagement and enhancing the connection it has with local communities, United is truly looking forward to even more frequent regional trips in the future.

Adelaide United wishes to thank the entire Northern Demons family for their warming hospitality, in particular Chairman, Tory Annese, and the LoBasso family.