Reds fall 0-1 to Victory in friendly

Adelaide United has lost 0-1 to Melbourne Victory in a pre-season friendly behind closed doors at Coopers Stadium.

Wet and windy conditions greeted the two sides on Wednesday afternoon at Coopers, as Guillermo Amor’s men were undone through a Marco Rojas finish. 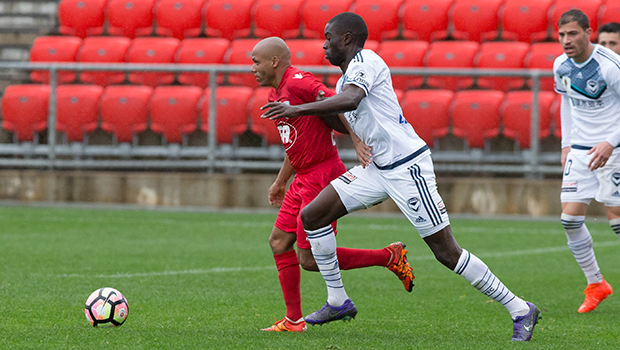 Rojas’ goal came in the 9th minute when Daniel Georgievski cut a ball into the box from the left, which the New Zealander finished under Eugene Galekovic from very close range.

United enjoyed the majority of possession in the first half and were unfortunate not to level the scores when newest signing, Henrique, tried to place a Ben Garuccio cut-back into the roof of the net, but it sailed over the bar.

Just before the break, Adelaide also had a strong penalty appeal waved away by the referee. 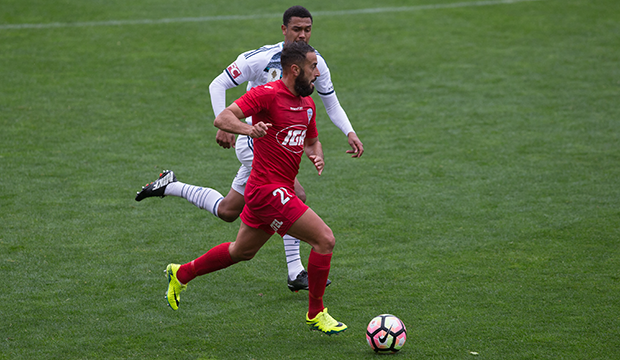 Into the second half, Mark Ochieng danced his way into the box and fired a low drive towards the back post, but it flashed wide of the goal.

Jesse Makarounas was next to try his luck when the ball fell to him on the edge of the box, however his side-footed effort had too much height to it.

By full time, Adelaide had taken the opportunity to give 17 players a run, including Blake Carpenter, John Koutroumbis, Ryan Strain, Jordan Maricic, and Joshua Mori from the Club’s National Premier League side.