Adelaide United’s Premiership and Championship defence will begin at Hunter Stadium before hosting the first 2016 Grand Final rematch in Round 2 at Coopers Stadium.

To discuss Adelaide United’s Hyundai A-League 2016/17 fixtures and more, Grant Mayer will be conducting a live Twitter Q&A from 12.30pm (ACST). Get involved in the conversation using the hashtag #AUFCTalk

The fixtures for the Hyundai A-League 2016/17 season were officially released on Thursday morning, with Adelaide United’s road to defending its maiden Championship revealed for the first time.

The Reds will host all 14 of their home matches at Coopers Stadium for the first time since the 2013/14 season, starting their campaign on the road in Newcastle against the Jets at Hunter Stadium.

Meanwhile, United’s first home match of the season will be an epic Grand Final rematch at Coopers Stadium against Western Sydney Wanderers in Round 2, prior to hosting arch rivals Melbourne Victory in Round 3.

The Reds will play both the Wanderers and Victory twice at home in matches that will undoubtedly set South Australia alight, while also hosting Perth Glory, Wellington Phoenix, and Brisbane Roar twice. 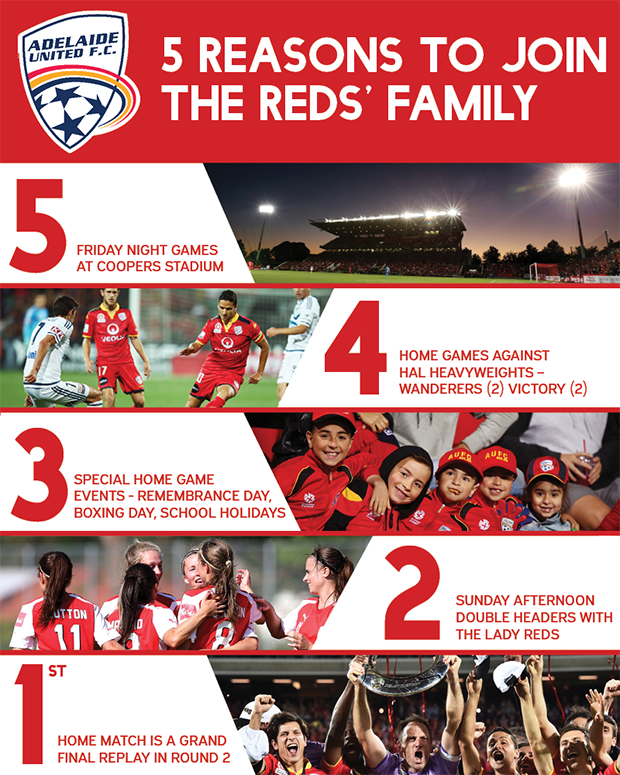 Adelaide will be treated to five Friday night matches across the 27-round season, a Sunday night clash against Wellington Phoenix in early-December, and a blockbuster Boxing Day bout against Sydney FC.

In a Club first, the Reds will travel to the nation’s Capital to play Central Coast Mariners at the beginning of February, before ending its domestic season against the Wanderers at home.

Commenting on United’s fixtures, the Club’s Chief Executive Officer, Grant Mayer, said he was very pleased with the Reds’ draw and is looking forward to another successful season.

“We’re delighted with our fixtures and cannot wait for the season to get underway,” Mayer said.

“We’ll be facing the likes of Melbourne Victory and Western Sydney twice at home, which is great, and we’ll be having a whole range of other big matches to enjoy, like our Boxing Day game against Sydney FC.

“There’s no reason for the people of South Australia not to get behind us because, as Premiers and Champions, we’re expecting to have a target on our back all season, which means we’ll be expecting 14 fiery and very entertaining games at Coopers.” 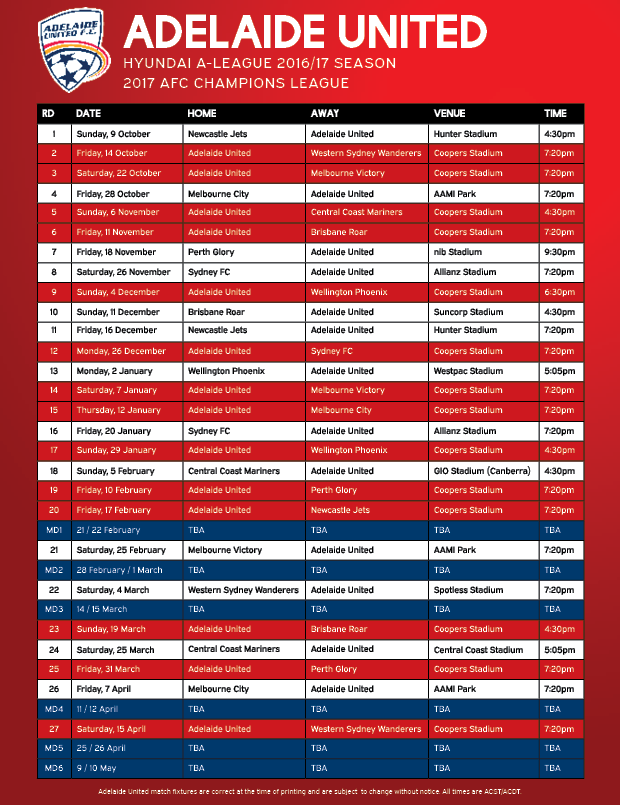