Adelaide United is delighted to announce goalkeeper, Dakota Ochsenham, has signed until the end of the 2020/21 season.

Ochsenham joined the Reds’ Youth Team in October 2018 from local side West Adelaide and, after quickly impressing, trained with the first team squad on a regular basis.

The 20-year-old has since featured on the bench on several matchdays for the senior side this season, providing competition for Paul Izzo.

Speaking on his new deal, Ochsenham said he was thrilled to put pen to paper with his hometown Club: “I’m very proud to sign for Adelaide United and can’t believe how this is happening so quickly.

“Looking back a few years, this isn’t something I expected and I have to thank everyone that has made this possible.

“I’m excited to continue working alongside Paul and also learning from Eugene, both of whom have already helped me a lot in my development.

“I know there’s a lot that I still have to learn, but I’m just excited to keep progressing and taking everything as it comes.” 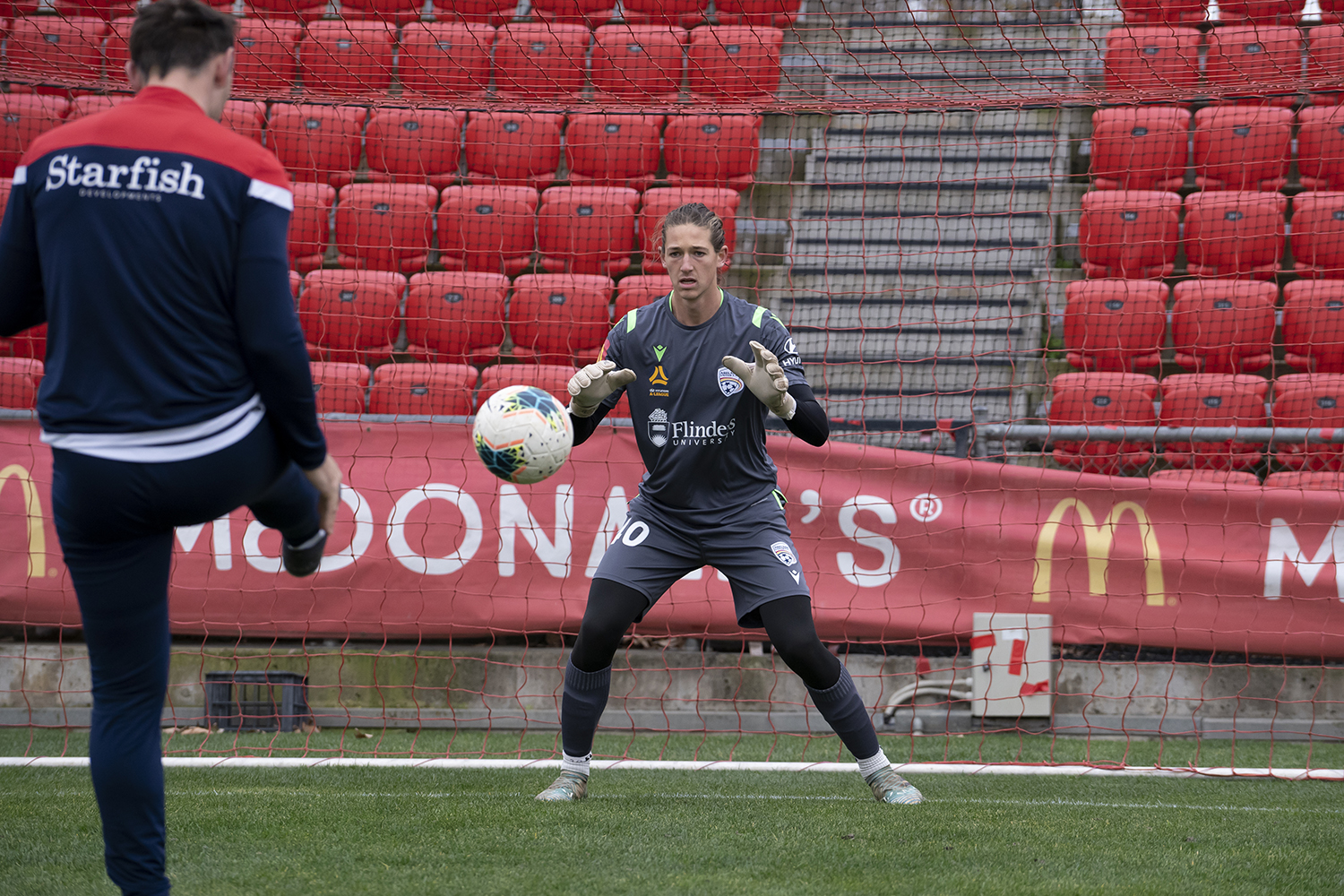 Adelaide United Goalkeeping Coach, Eugene Galekovic, praised Ochsenham for his growth and determination, saying: “Dakota’s come a long way this season alone and he has a lot of potential.

“He has been working tirelessly during his time at Adelaide United and he deserves to be promoted to the senior squad.

“Dakota’s providing strong competition for Paul, which is very important for both of their development.

“Now he has to continue focusing on improving his ‘keeping and realise there is still a long way to go.”

“We know Dakota will continue to provide great competition to Paul and we’re confident he has the right attributes to develop into a strong goalkeeper.”