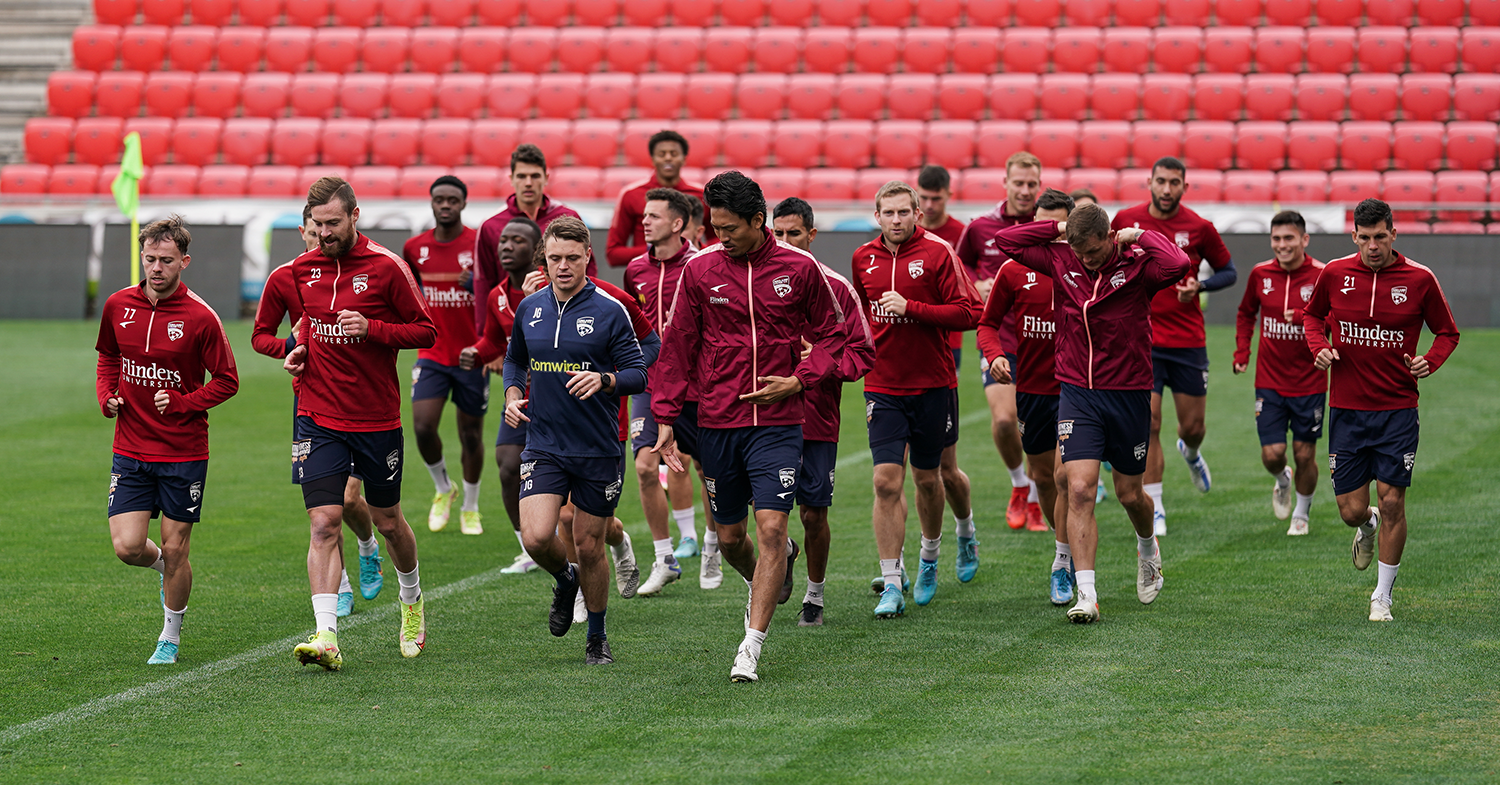 Both sides come into the clash off the back of five-game winning streaks, adding another layer to what already promises to be an intriguing encounter.

It is the first home final for Adelaide since 2019, when Ben Halloran’s extra-time winner helped the South Australians edge Melbourne City 1-0.

In two previous Finals Series encounters against Central Coast, Adelaide has suffered a pair of 1-0 defeats – first in 2006 and later in 2014.

But United boast a dominant home record over the Gosford-based club in recent years and have not lost since November 2016 on home soil.

Furthermore, the last stalemate in this fixture was in 2018 and remarkably in more than 50 meetings there has been just seven draws produced between the two teams.

The Reds prevailed 2-1 in dramatic circumstances back in February courtesy of Nestory Irankunda’s stunning stoppage-time strike.

However, a exactly one month later Carl Veart’s side went down 3-0 after the Reds’ resistance was finally breached in the second stanza following Joe Gauci’s first-half dismissal.

Certainly a fascinating contest awaits at Coopers Stadium, and one Adelaide will be desperate to win and extend their finals campaign by another week.

Aside from long-term injuries to Mohamed Toure and Nick Ansell, Carl Veart’s squad announced a clean bill of health for his squad going into the do-or-die clash which will certainly create a few selection headaches. A good problem to have mind you.

“Everyone’s going well, they’re all up and about and everyone wants to play.

“So, we’ve got some difficult decisions this week as we have a full squad available.

“We’re happy where we’re sitting at the moment, we have very good form going into finals, which is very important.

“Last week’s game was a finals game and the boys responded exceptionally well, so very happy with the way we’re traveling.

“We’ve kept training the same and I’m having players keep the same habits and do the same things.

“The difference this week is that it’s not a league game, so we can’t go full bore from the beginning, we have to be a little bit more careful.

“Especially playing against a side like Central Coast, they play more direct, so we have to be mindful that we can’t be committing too many numbers forward.”

“Central Coast had a great season, with a bit of a slow start but they’ve built their season exceptionally well, with some excellent young players.

“They’re a difficult side to play against, they’ve got a great goalkeeper (Mark Birighitti) that helps them, his experience with goals and the back helps there.

“They do have a young side so that’s something that we need to take advantage of and pit a bit of pressure on them.

“So, we have to try and use that experience that we’ve got on the pitch to see if we get an advantage.

“We have to watch out for Jason Cummings and limit the supply to him.

“He makes a lot of forward runs, always trying to get in behind the defense and that’s something that Central Coast are very good at.

“That’s something we’ve worked on this week, in limiting those opportunities of getting them behind us.

“If we can limit those opportunities and keep them away from our goal there’s less chances for them to score goals.”

Veart on Reds’ previous shortcomings in finals football since 2016…

“It’s disappointing, but finals football is where the best team on the day wins.

“Generally, the teams that are at the top are the best teams and perform in the final so it’s tough.

“But we’ll give it a good shot this year, we believe we’ve got the quality here and playing a brand of football that can go all the way.”