Adelaide United have boosted their hopes of progressing out of Group H in the AFC Champions League after a stunning 3-1 win over Jeju United in Korea on Tuesday night.

In one of the club’s most memorable away performances in the competition, the Reds stunned the home side with two second half goals to claim their first win of ACL 2017.

The result sees Gui Amor’s side jump up to second spot in the group with two matches to play.

It was a crazy start to the match in Korea with both sides scoring inside the first eight minutes.

Adelaide went in front via a spectacular long-distance strike from ex-Jeju midfielder Kim Jae-Sung, only for the home side to equaliser just a minute later from a header from the exotically-named Magno Cruz.

With scores locked at 1-1 at the break, the Reds re-took the lead within four minutes of the resumption thanks to a towering header from defender Dylan McGowan. 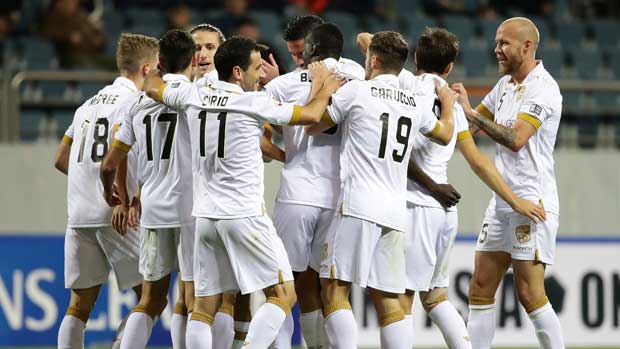 Things got even better for Adelaide midway through the second half as teenager Riley McGree scored his first ACL goal to double the lead.

Jeju put the Reds under plenty of pressure in the closing stages but the Hyundai A-League champions held firm to take all three points and give themselves and excellent chance of making the knockout stages.

Adelaide’s next match is also away when they travel to Japan to play Gamba Osaka on Tuesday, April 25.

A defensive error allowed Sergio Cirio to get through on goal with his shot smashing into the post. The rebound made its way back outside the box to Kim who unleashed a wonder strike from 25 metres out which scorched into the roof of the net.

Lee Chang-Min wasn’t closed down on the left and he dinked a cross to the far post, with Cruz out-muscling Ben Garuccio to nod in from close range.

Garuccio’s in-swinging corner hit the perfect area just six yards from goal, with McGowan timing his run perfectly to plant his header into the back of the net. 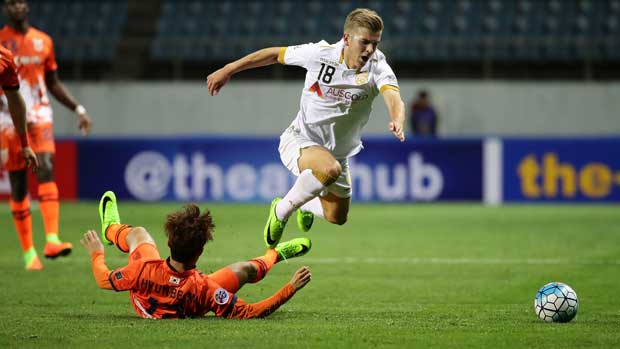 After Diawara played in Kim on the right, the Korean crossed for the on-rushing McGree whose initial shot was blocked by the keeper. But the loose ball came back to the 18-year-old, who managed to hack the ball over the line despite being sprawled on the pitch.