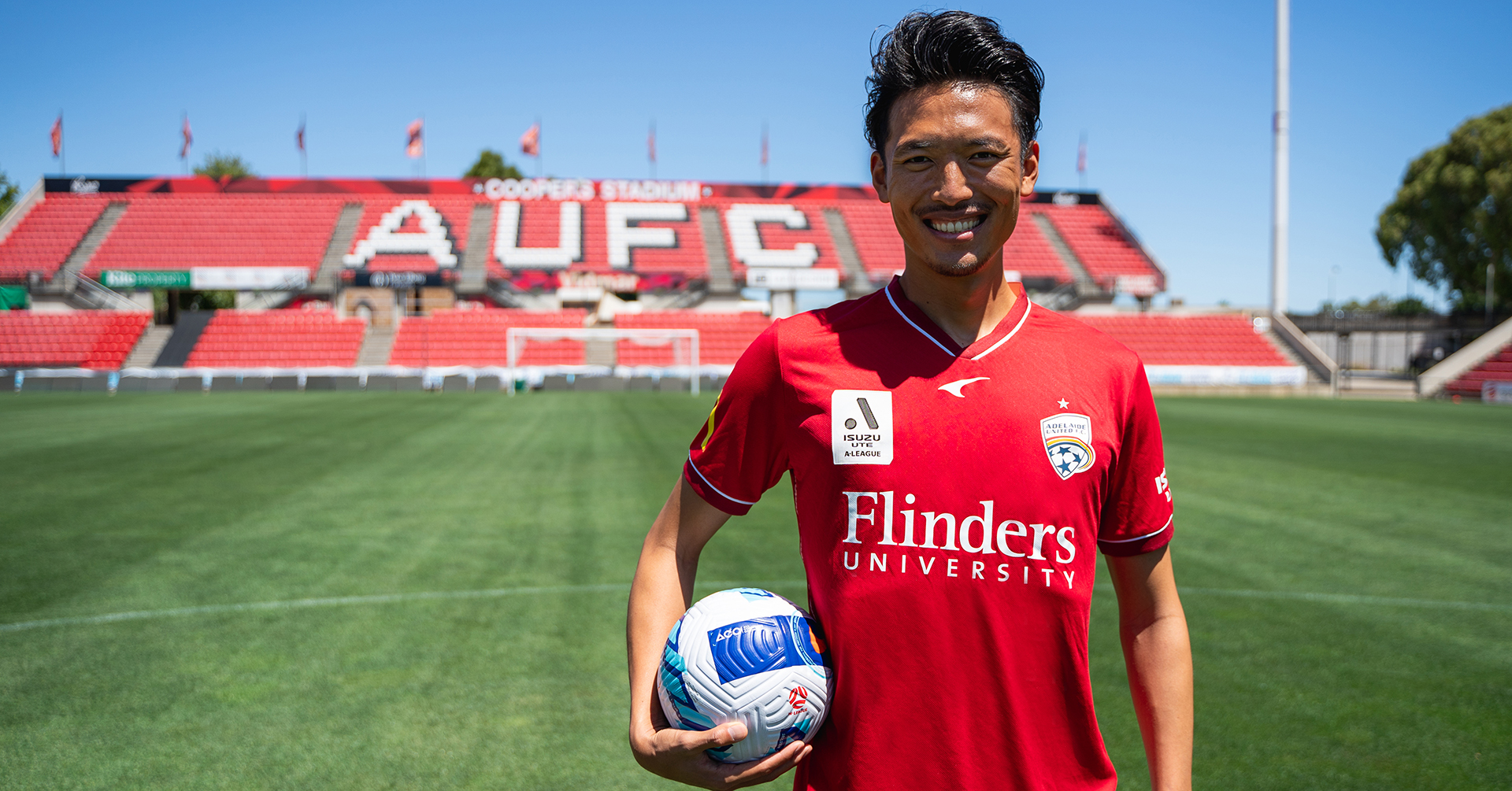 Adelaide United is excited to announce it has signed Japanese striker, Hiroshi Ibusuki, until the end of the Isuzu UTE A-League 2021/22 season.

The 30-year-old began his career in Spain, representing the likes of Girona, Zaragoza B, Sabadell, Sevilla B, and Valencia B.

He made is La Liga debut for Sevilla in 2012 and also enjoyed a stint in the Belgian second tier with K.A.S Eupen.

Ibusuki returned to his homeland in 2014, spending the majority of his time in the J1 League with Albirex Niigata, Shonan Bellmare, and Shimizu S-Pulse.

Ibusuki said he was excited to be joining the Reds and testing himself in Australia, saying: “I’m very happy to be in South Australia and to have signed with Adelaide United.

“The A-League is a strong competition and I have seen it continue to improve over the years, so I’m looking forward to this new challenge.

“My aim is to help the team as much as possible for the rest of the season and cannot wait to meet my new teammates and play in front of our home supporters.”

Adelaide United Head Coach, Carl Veart, said: “We’re pleased to have signed Hiroshi for the remainder of the season.

“We needed to bring in some extra firepower up front and we believe we have done that with Hiroshi, who will be an imposing presence for us.”