Adelaide United is delighted to officially announce the signing of local South Australian, and current Adelaide City winger, Nikola Mileusnic for the upcoming 2016/17 season, with the option to extend for a further season.

Mileusnic, 23, was part of Adelaide United’s Youth Team setup during the 2012/13 and 2013/14 seasons before returning to play for White City in South Australia’s National Premier League (NPL).

Most recently, Mileusnic has been part of Adelaide City’s NPL side, which is currently fighting for NPL Finals Series glory. In this season’s NPL, Mileusnic has scored 15 goals in 22 matches to date, four of which came against Adelaide United’s Youth Team, including a hat-trick against the Young Reds in Round 7.

Mileusnic said he was ecstatic to have signed for Adelaide United, saying he’s prepared to give his all for the Club in the coming Hyundai A-League season.

“It’s a great feeling to have signed for Adelaide United and it’s very exciting for me,” Mileusnic said. “This is one of the best things to happen in my life.

“When I was with the Youth Team a few years ago, it was hard and I didn’t get the opportunity I was after. 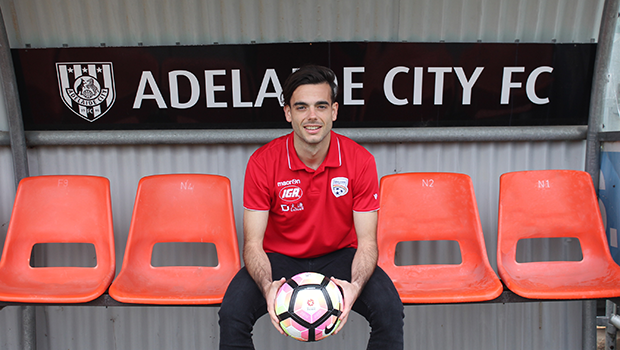 “But I went back to the NPL and worked extremely hard and was really motivated to improve.

“I know it’s only going to get harder now, but to finally have a professional contract is amazing and I’m very grateful for the opportunity.

“I grew up wanting to play at Coopers Stadium and to now be able to call it home is incredible.

“This A-League season I’m hoping to get as much game time as I can and I think I can bring a lot of speed on the wings, but I’m an all-around hard worker and I’m always going to give 100 per cent to the team and the Club.”

While playing for Adelaide City, Mileusnic has also been training with Guillermo Amor’s side, where the FC Barcelona legend has been able to keep a close eye on the winger’s abilities.

“Both United and City were able to work together and help me train with both teams and still keep me playing matches in the NPL.

“They also made sure my workload wasn’t too heavy. 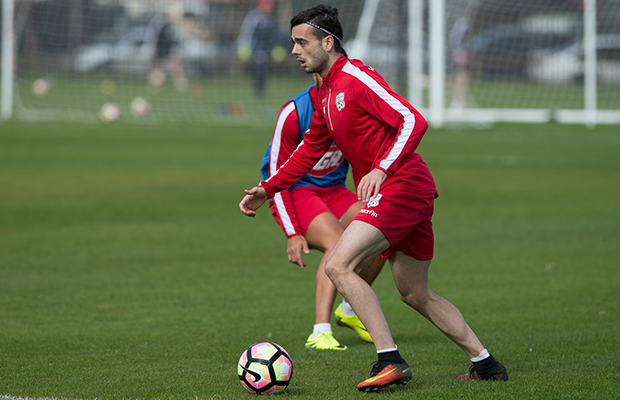 “Adelaide City put me in a great environment to play my best football and it’s really been able to help me get to this next level.

“For now my focus is on playing the best football I can for City and trying to win the Grand Final, which will just top it all off for me.”

Amor said he was thrilled to be able to add Mileusnic to his squad and that the Reds’ Football Department had been keeping a close eye on him throughout the NPL season.

“We are very happy to have Nikola part of our team for the new season,” Amor said. “He has shown in the NPL this season that he is a very good player and he has a great eye for goal for a winger.

“Nikola is a quick player and being from South Australia is very important to us.

“We have been watching the NPL closely and we thought Nikola had some good qualities so we invited him to train with us.

“He continued to do well in training and impressed us, so we are so happy to have him in our team for this new season.”

Mileusnic will wear the number 17 jersey for Adelaide United in the Hyundai A-League 2016/17 season.