Marco Kurz believes Adelaide United’s draw against Campbelltown City was a timely reminder his side still have plenty of work to do ahead of their crucial last 16 clash with Melbourne Victory in the Westfield FFA Cup.

The Reds were held to a 1-1 stalemate by Campbelltown at Steve Woodcock Sports Centre on Wednesday night after Baba Diawara netted the equaliser.

Head Coach, Kurz, acknowledged the difficult playing conditions, but claimed his team’s wastefulness in front of goal and defensive mix-up led to the frustrating result.

“Today it was raining on a tough ground, but I think in the first-half we had enough chances to score goals and we didn’t,” he said.

“Then in the second-half we didn’t have good communication between the centre-backs and the goalkeeper.

“And Campbelltown scored, but then we scored to make it 1-1.”

Kurz admitted the performance serves as a good indication the team must continue to work hard and improve.

“I think it was a good test, it was a new line-up today and we played a new formation playing 4-4-2,” he said.

“And it’s a good wake up call for the next week (against Melbourne Victory).” 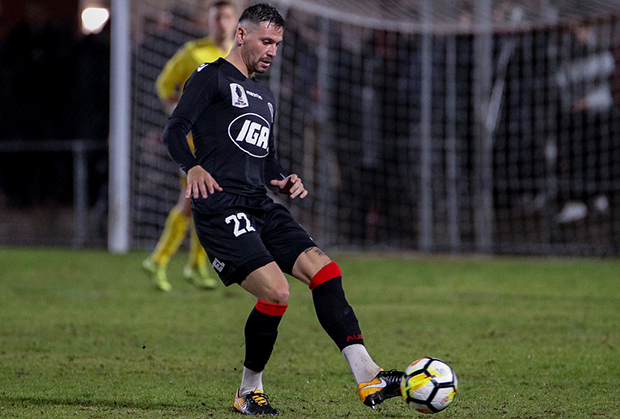 Ersan Gülüm and Diawara were given their first starts in pre-season since recently returning to full training.

Kurz said it was vital both got substantial minutes under their belts ahead of the Victory game.

“I think it was important Ersan (Gülüm) and Baba (Diawara) had practice time in their first friendly game for both players,” he continued

“And we saw that we have a lot of work with both players to get them fit.”

Kurz highlighted the importance of getting as many supporters to the Melbourne encounter as possible and thanked fans for their encouragement so far.

“I think in the last game we saw great support from the fans at Marden and the support is very important,” he said.

“We play against a very strong team in Melbourne Victory, it’s a derby.

“But we’re playing at home and we will win and reach the next round, but our supporters have been great and they support us well.”

Adelaide United host Melbourne Victory in the Round of 16 of the 2017 Westfield FFA Cup on Wednesday, 23 August at Marden Sports Complex. Kick-off is at 7.00pm ACST.