23-year old midfielder, Colaprico was named NWSL’s Rookie of the Year in 2015 and has received two United States Women’s National Team call-ups in January and October of 2016.

Since drafted by the Chicago Red Stars in 2015, Colaprico has started every match and was the fastest Red Stars player in history to reach 3,500 minutes played for the club.

Speaking on signing for United, Colaprico said: “It’s awesome to have joined Adelaide United and so far everyone has been very welcoming.

“It’s great to have Katie and Sofia with me because I might be a little lost without them, so I’m really looking forward to getting started.

“This will be a bit of a challenge at first, but once I get a little more comfortable I’m sure I’ll do well and enjoy my football.” 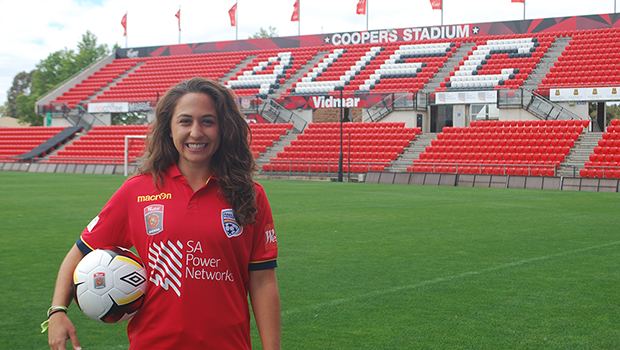 Huerta, a forward, has played 41 times for the Chicago Red Stars since being drafted in 2015, scoring 13 goals and providing five assists. She also started all 20 matches in the 2016 season.

The 23-year-old made a total of four appearances for the Mexico women’s national football team between 2012 and 2013, scoring twice, however announced in 2014 that she would switch allegiance in favor of the United States.

Huerta said she was excited to be joining Adelaide United’s Women, saying: “I’m really excited to be here and I’m looking forward to playing with this group of girls this season.

“At the end of our season last year I didn’t play in any leagues in the off-season so I’m excited to continue playing and growing as a player.

“I’ve spoken to some of the other players that have come and played here in the W-League and even though I’m not exactly sure what to expect, I’m looking forward to the challenge.” 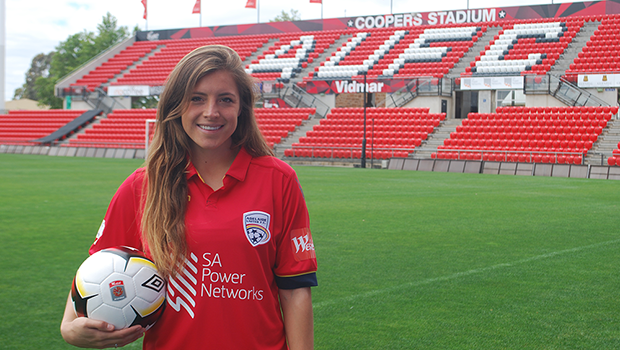 Naughton was drafted by Chicago Red Stars in 2016, with the 22-year-old defender making 16 appearances last season.

Prior to joining the Red Stars, Naughton attended the University of Notre Dame where she was a three-time captain.

Naughton is eager to make an impact with the Reds, stating: “This will be a new experience and a new adventure for me and I’m excited for what it will bring.

“We’ve come from summer in the United States so that will help us being ready for the temperatures we’ll face in the season, so it shouldn’t take long to acclimatise to Australian football.

“For me, I really want to become more of a well-rounded player and I want to take this opportunity to keep working on different aspects of my game and help our team be successful this season.” 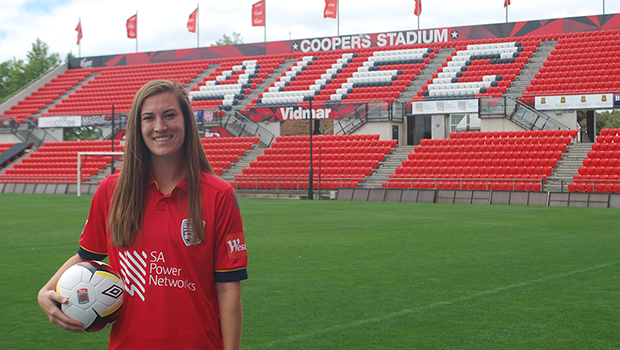 Head Coach of Adelaide United Women’s, Huss Skenderovic, said: “This is an exciting time for our team because we know what Danny, Sofia, and Katie will bring.

“They’re very driven, passionate, and professional footballers, so it will be great to have the opportunity to blend the experience they have with our current squad.

“Having the three of them familiar with each other’s game styles will make their transition much smoother into our football and we are looking forward to them being part of our team this season.”

Adelaide United host Melbourne Victory in Round 1 of the Westfield W-League 2016/17 season on Sunday, 6 November at Coopers Stadium. Kick-off is at 2.00pm ACDT. To support the Adelaide United Women, become a member today!