Adelaide United is delighted to officially announce the loan signing of Mônica Hickmann Alves for the Club’s Westfield W-League season.

Having played the majority of her professional career in Brazil, Mônica moved to Orlando Pride in 2016, where she made 16 appearances last season. 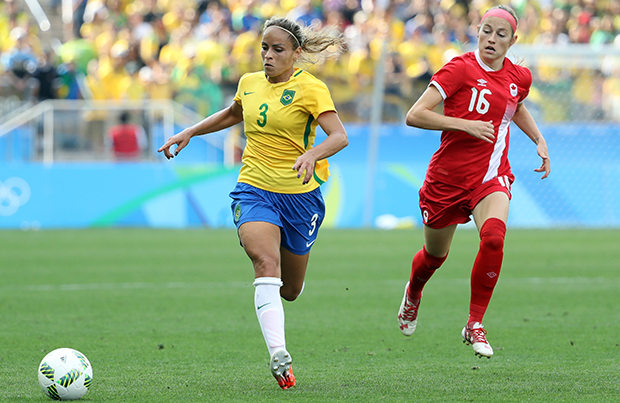 After joining Adelaide United, Mônica said she is looking forward to playing for the Reds in the upcoming season and getting a taste of football in Australia.

“My first feelings are good about joining Adelaide United and I am very happy to have this opportunity here in Australia,” Mônica said.

“I’m excited for the season to start because it is my first time playing in this country and I am looking forward to it.

“I don’t know much about the W-League, but I know how well the Australian national team plays and the women in that team are very good footballers.

“Using this to measure what the W-League will be like, I am sure it will be very competitive and I cannot wait to get involved.” 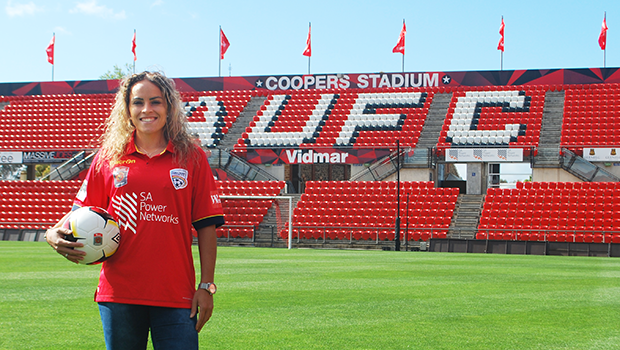 Adelaide United Women’s Head Coach, Huss Skenderovic, said the addition of Mônica to his squad would undoubtedly prove to be beneficial for all involved.

“It’s fantastic to have Mônica on board with our team,” Skenderovic said. “Having worked with Zico in the past and to have been able to get a close understanding of Brazilian football, this will be great for us.

“I’m excited to be working with Mônica and I think the other players in the team will be able to look up to her and the experience she will bring to the team.

“As a leader she will help our girls and we will all be better for that.”