Ahead of Adelaide United’s important Hyundai A-League Round 8 clash with Sydney FC at Allianz Stadium on Saturday night, Opta has provided the key statistics for the match.

Adelaide have secured victories in four of their last six regular season matches against Sydney FC and are currently unbeaten in their previous three league encounters since a
Semi Final loss in the Hyundai A-League 2014/15 Finals Series against the Sky Blues.

However, the last time Sydney tasted success in a regular season meeting against the Reds occurred in February 2013. Since that loss, Adelaide have enjoyed a nine-game undefeated streak in the league against the New South Wales club.

Moreover, Adelaide have kept four consecutive clean sheets in each of their last four regular season visits to the Harbour City to face the Sky Blues, outscoring them 9-0 across those games.

Although the Reds are yet to register their first win of the season, they have found the back-of-the-net in every one of their opening seven games this campaign.

United talisman Sergi Guardiola has fired 20 shots at goal this season, which is the second-most of any player and four more than any single Sydney FC player has mustered. 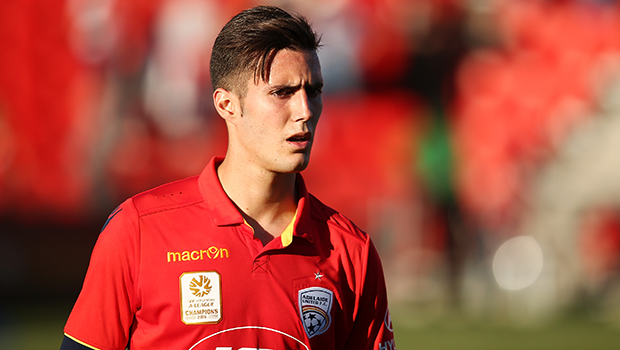 Adelaide United will face Sydney FC in Round 8 of the Hyundai A-League 2016/17 season on Saturday, 26 November at Allianz Stadium. Kick-off is at 7.20pm ACDT.