South Australian football and the broader community as a whole is set to reap the rewards following Australia and New Zealand’s successful bid to co-host the FIFA Women’s World Cup in 2023.

Adelaide is one of the seven host cities in Australia for the tournament with matches to be played at the boutique Hindmarsh Stadium, home of Adelaide United.

The FIFA Council voted 22-13 in favour of the joint trans-Tasman bid over Colombia in the early hours of Friday morning, with the news sparking scenes of jubilation across both countries.

“This is a really, really exciting day for Adelaide and South Australia,” Mr Wingard said.

“… We’re here at Hindmarsh (Stadium) as well which will be the venue where we’ll play the games.

“Hindmarsh we know is one of the best playing surfaces in the country, players love playing at this venue and on this pitch. 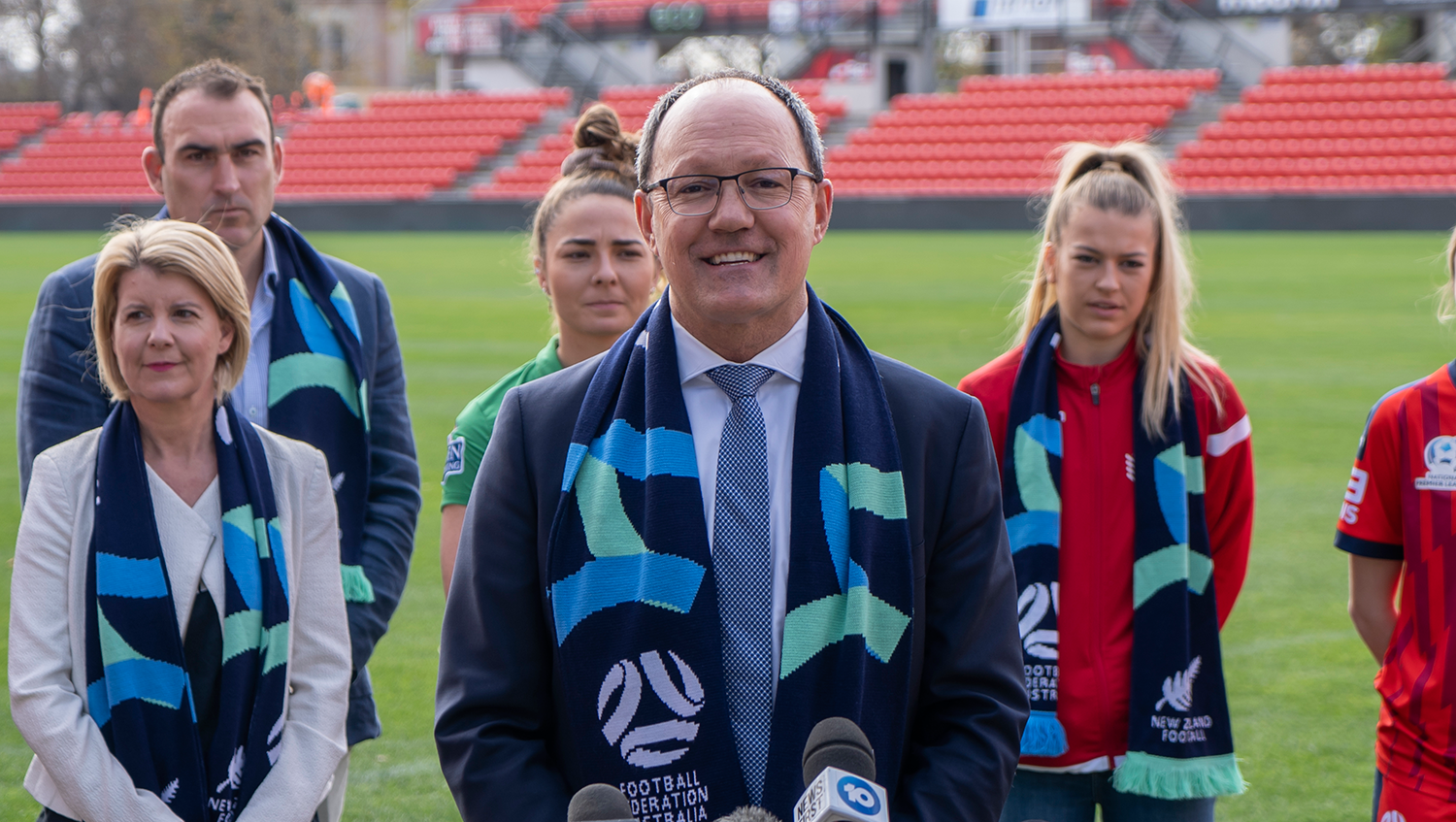 “And we know that it’s going to attract nearly 20,000 people to games here.

“… To know that in 2023 we’re going to have the world’s best players playing here should have every South Australian truly excited.

“This is a huge event of course when we look back in our lives the announcement of Sydney for the Olympics was a really major coup for our country.

“… I think this will be revolutionary for our country and our state, so as a government we’re really excited to be behind this project. It’s going to be a wonderful win for South Australia and South Australians.”

Mr Wingard said a competition of this magnitude provided a unique opportunity to showcase our city and state to the world and confirmed the government will encourage respective national teams to set up their base in Adelaide.

“We’ll be pushing as hard as we can for whatever games we can,” Mr Wingard said.

“The great opportunity also is Adelaide being such a wonderful city, our state being such a great state, we’ll be doing all we can to entice countries to come and set up camp here.

“And that gives great economic opportunities to South Australia.”

Mr Wingard also announced the government will be committing $3.3m in upgrades on Hindmarsh Stadium ahead of the tournament.

“As part of the bid process we did put in some money to upgrade Hindmarsh Stadium and increase the capacity,” he said.

“We know that with filling in the stadium we can get it close to 20 (thousand), so that’s what we’ll be looking at.

“But we’ll be looking at all other opportunities to make this as good as it can possibly be.”

Ms Stott Despoja highlighted the plethora of positives one of the biggest sporting events in the globe will bring, from fiscal benefits to greater equality within the game, and an increase in participation. 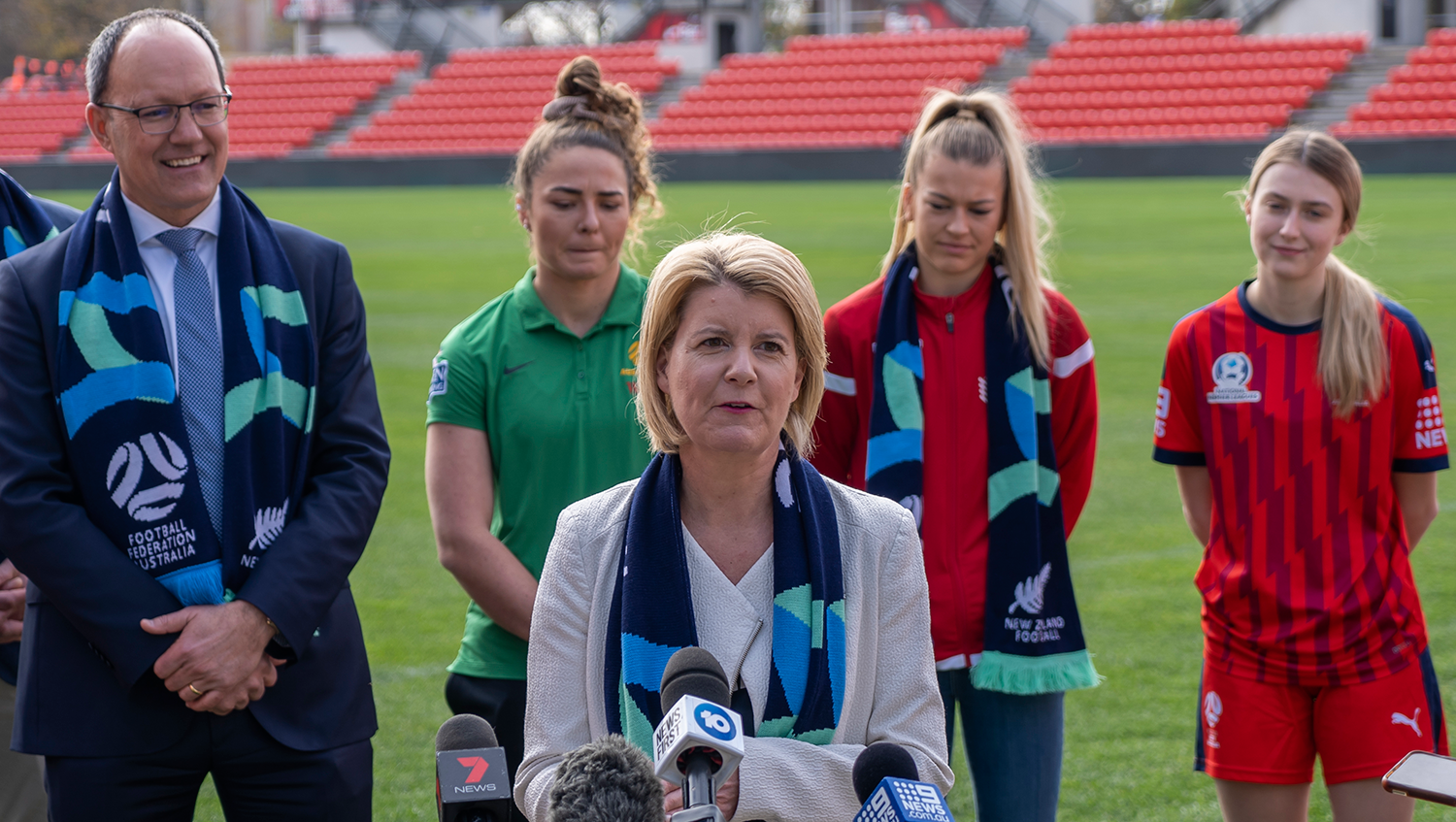 “I don’t think anyone can stop smiling, we’re so happy with this result,” Ms Stott Despoja said.

“It’s a wonderful result and we thank FIFA for their decision.

“It’s a wonderful day for our state in particular because the Minister is right, he and this state and all the organisations associated with football in South Australia have played a disproportionate impact when it comes to ensuring the Women’s World Cup for 2023 is based here.

“… It’s going to be so exciting and it sends a message not just about the potential social and economic impact for this state and for the nation.

“But what about the message it sends to the next generation, not just women and girls playing football but also it sends a message to men and boys.”

Adelaide United Women and Young Matildas defender, Charlotte Grant, said she was absolutely thrilled about the news and revealed it would be surreal to represent her country at the tournament.

“I woke up early and I couldn’t believe it. It was like Christmas Eve the night before and the best Christmas present ever in the morning.

“It’s an aspiration of mine and the thought of playing on home soil is just a dream.” 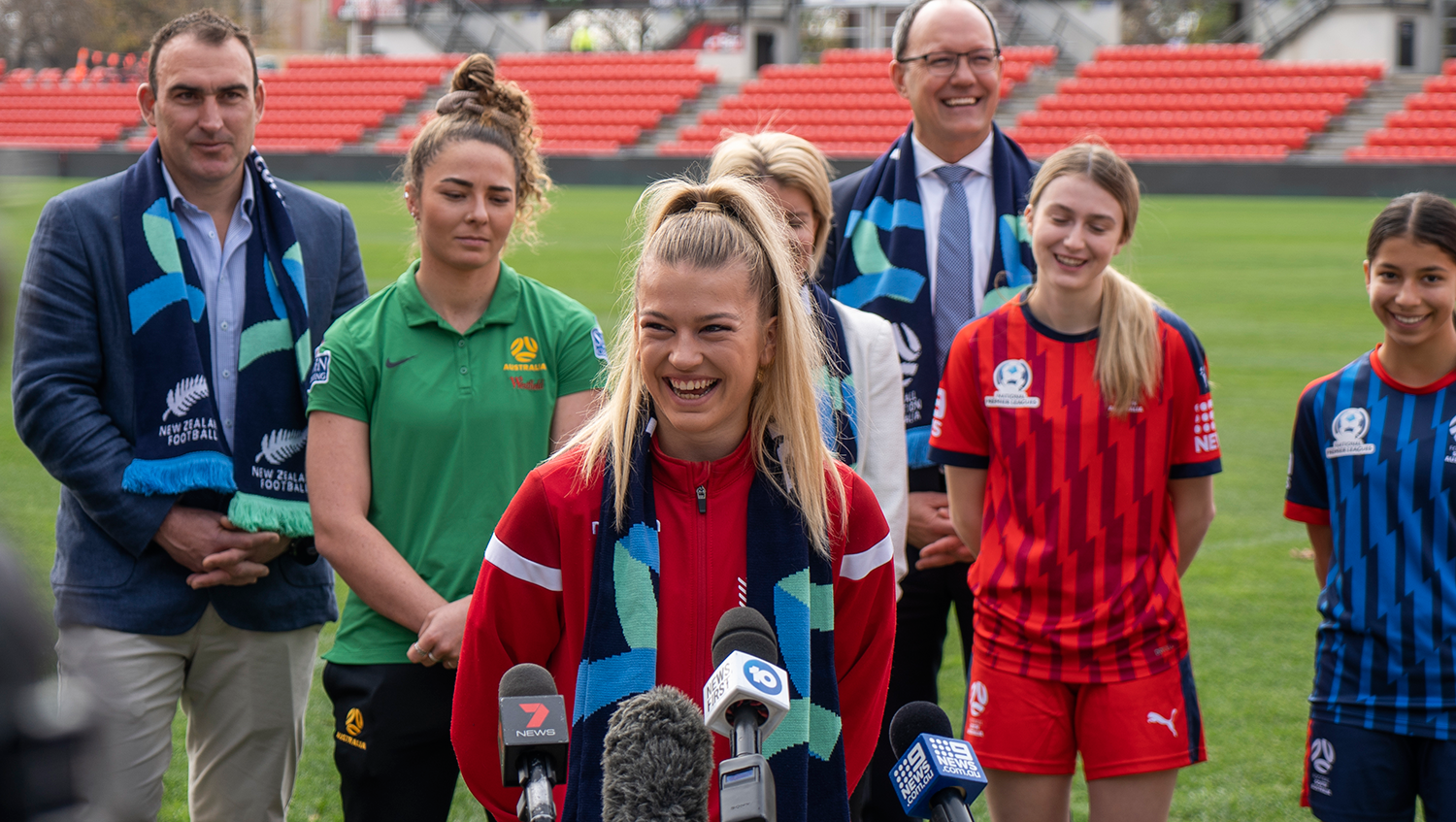