Reds players from last season’s Westfield W-League squad as well as the best local talent from the Women’s National Premier League (WNPL) have been invited to attend the voluntary sessions ahead of pre-season.

“It was a really positive session in nice conditions,” said Stenta, after the session at Saint Ignatius’ College.

“And the grounds and surrounds are really great up here, so we’re thankful we’re able to use a nice training venue.

“The girls are travelling along pretty well so far so I’m happy.”

Stenta believed the WNPL players have adapted well to the increased tempo.

“It hasn’t been too bad, it’s definitely a step up in intensity and probably the pace that things happen,” he explained.

“So just the decision making needs to be quicker, there’s less time for them on the ball. But it’s something that with a bit of training and a bit of experience I’m sure they’ll be able to pick it up, so it’s been good so far.” 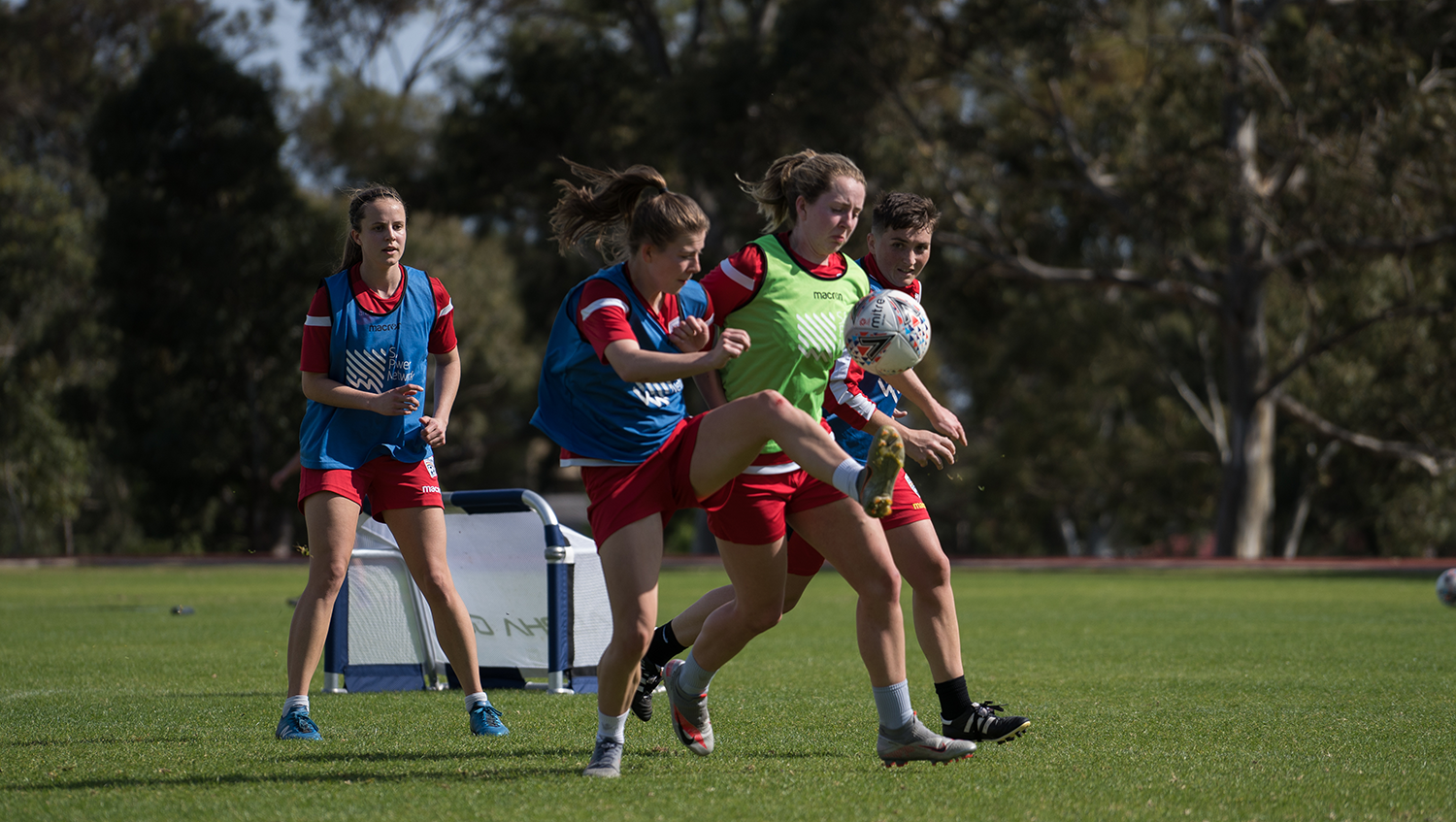 The AUFC Women boss has been impressed with the level of commitment and focus shown from the players.

Following a non-compulsory testing session more than two weeks ago, there has been a friendly match and now two training sessions.

“They’re still obviously playing in their WNPL seasons, so this is an extra session for them and there’s even some midweek games that we’ve organised as well.

“So the commitment levels are fantastic from the girls, they’re keen, they want it as well which is good to see.

“It’s just great to have a group that just wants to keep improving and striving to be better, so that’s a real positive for us.”

Stenta said he has really enjoyed being at the helm since taking the reins from Ivan Karlović, and working with people eager to constantly learn and improve.

“I’m really loving it at the moment,” he revealed.

“But it’s a nice sort of soft start just to get us going and get the group together and get us mixing.

“I love being out on the pitch and fantastic bunch of girls to work with so really looking forward to it.”