Mohamed Toure admitted it was a surreal feeling scoring the match winner against Melbourne Victory at Coopers Stadium.

The 16-year-old continues to illustrate why he is one of the country’s brightest prospects after scoring on his starting debut on Saturday night.

Toure now has three goals in 13 games to begin his burgeoning career with the Reds.

“I was actually really excited,” Toure told reporters on Monday after his composed finish to beat goalkeeper Max Crocombe.

“It was a big game for the fans and the players.

“To win at home in front of our home fans meant a lot to all of us so I was really excited.”

With that 1-0 triumph, Adelaide climbed into equal second on the A-League table.

Toure added the moment when his shot found the bottom corner, he immediately experienced a sense of disbelief and jubilation.

“It didn’t really feel real, it still felt like a dream,” he explained.

“Because I think every kid growing up wants to score at Coopers Stadium and especially against the rivals Melbourne Victory – it was kind of surreal when I scored I couldn’t believe it.” 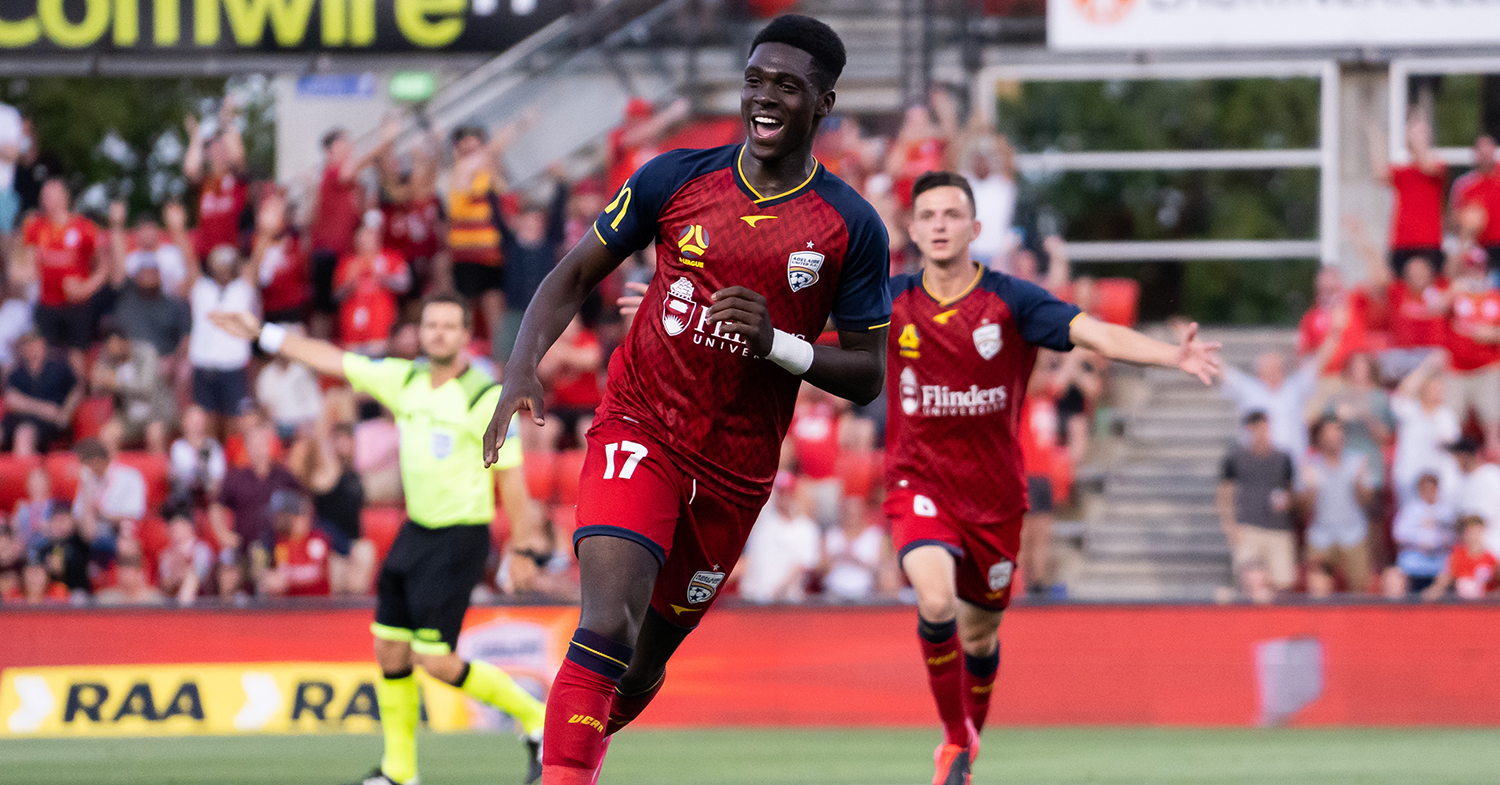 It has been quite a whirlwind 12 months for the forward after bursting onto the scene last season in February.

Toure became the second youngest player to feature for the Reds in a substitute appearance against Brisbane Roar and then a week later was the youngest goal-scorer in A-League history with a tap-in versus Central Coast Mariners.

“From playing under 16s with Croydon to now playing in the A-League was a pretty big jump.

“Because half the players I play with now I watched two years ago in the stands and they were just like my idols.

“I took photos with a lot of them and they’ve always been my idols and now just to share the pitch with them and score the goal while I’m playing with them means a lot.”

Despite the increased attention, Toure remains well grounded, determined to let his football do the talking and avoid getting caught up in the understandable hype.

Reds teammate Tomi Juric has provided Toure with lots of advice in training and the youngster said the Socceroos striker has been amazing to play with on a daily basis.

“Tomi is such a great player,” he said.

“Especially at training, his finishing, his forward runs… He’s just really good and I think I’ve learnt a lot from him so far and I think I’ll be learning more.”