Troisi reacts to Reds fixtures and role for impending campaign

James Troisi believes Adelaide United have a tough start to the A-League 2020/21 season and admitted there is a great sense of anticipation following the release of today’s fixtures.

The Reds kick-off the season away at Western United before tackling Melbourne City at Coopers Stadium in Round 2.

Away trips follow against Western Sydney Wanderers and Perth Glory.

Troisi said the impending campaign will be extremely fascinating given the wait is nearly over.

“I think we’ve got a relatively tough start to the season,” Troisi told reporters on Tuesday.

“It’s going to be difficult, we’re away and first home game (against Melbourne City) is a difficult game but that’s the way it is.

“Obviously there’s going to be a lot of different changes I think this season with obviously all the stuff that’s happened.

“So I guess it’s going to be a game at a time and kind of learn as soon as we can.” 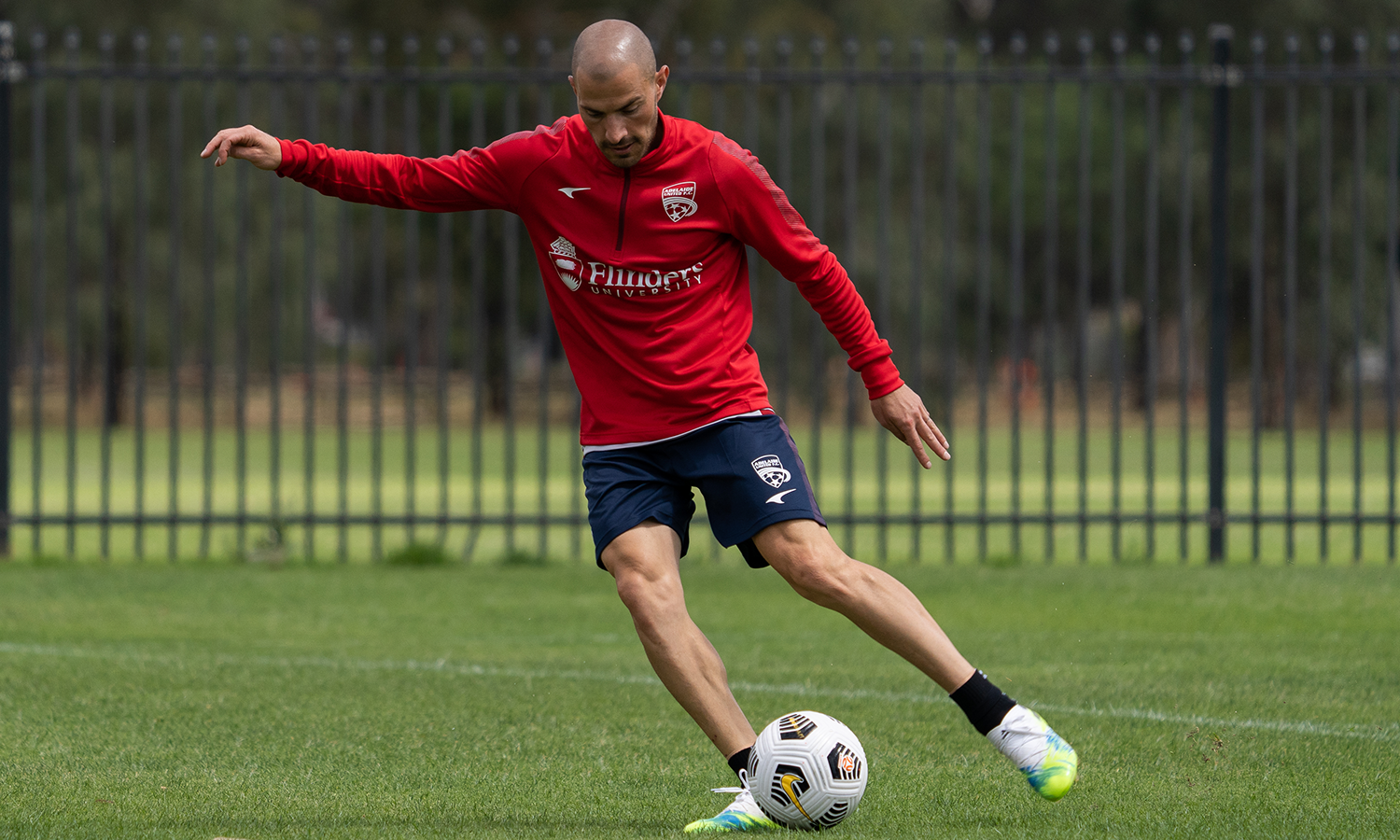 The first and only Original Rivalry at Coopers Stadium this season takes place in Round 5, Troisi admitted he was looking forward to the massive clash.

“There’s always been that rivalry and derby like atmosphere,” he said.

“These are the games for players it’s easy to get up for and obviously the fans.

“We’d like to play those games every week to be honest, but I think we can’t get carried away and just take every game as it’s a Melbourne Victory – it doesn’t matter who you’re playing.

“If we take that approach into the season I think that’s a good mindset to have.”

Last season the 32-year-old was deployed as a deep-lying playmaker under Gertjan Verbeek, but Troisi revealed he will most likely revert back to his more traditional attacking midfield role with Carl Veart in charge.

He insisted though he was happy to play wherever, but felt he was more impactful further up the field.

“Carl’s expressed to me already and obviously we’ve had a few friendly games already and I’ll be back in my number ten, kind of high, attacking midfield role,” he said.

“It’s good for me that’s my ideal position where I like to play in.

“Ultimately, I had to play a role last season and do the best I can and in saying that if I have to play as an eight or a six this season again for whatever reason then I’ll do the job.

“But Carl’s expressed he wants me to play higher on the pitch and that’s where I can bring more into the game and help out the team as much as possible with creating (chances), and with me being higher up the pitch hopefully I can score a few more goals.”