Adelaide United is excited to announce Ivan Karlović as the Club’s inaugural Head of Women’s Football and can unveil Adrian Stenta as the new Adelaide United Women Head Coach.

The new Head of Women’s Football position is a move which further professionalises and supports the development of young South Australian footballers on the back of Australia and New Zealand’s successful FIFA Women’s World Cup 2023™ bid and the Club’s establishment of the Women’s Football Committee.

The Head of Women’s Football will see Karlović oversee a number of responsibilities from recruitment to player development.

Stenta previously served as Karlović’s assistant for the last two campaigns and was also in charge of the Adelaide United’s Youth Reserves in 2018 and 2019.

Speaking about the decision, Adelaide United Chief Executive Officer, Nathan Kosmina, said: “This is a significant moment for the Club as we establish a clear intent.

“During this recent period of uncertainty, we have refocused our energy on the importance of professionalising our women’s program as a primary focus for Adelaide United moving forward.

“This has been further strengthened with the recent announcement of the Women’s Football Committee and with Australia and New Zealand winning the hosting rights for the FIFA Women’s World Cup 2023™.

“This additional role will also support the strategic alignment of our women’s and men’s programs.”

Speaking on being appointed Head of Women’s Football, Karlović said: “This is a first for the Club where there’s a director role focused solely on looking to build and improve the women’s game.

“The Club’s decision formalises the restructure ahead of the next W-League season and it will only benefit the team.”

After being installed as the new Reds Head Coach, Stenta said: “I’m extremely delighted to be assuming this role from Ivan and I’m relishing the challenge.

“I have learnt a great deal working closely with him over the last two years, and I’m hoping to build on from the work he has done during that time.” 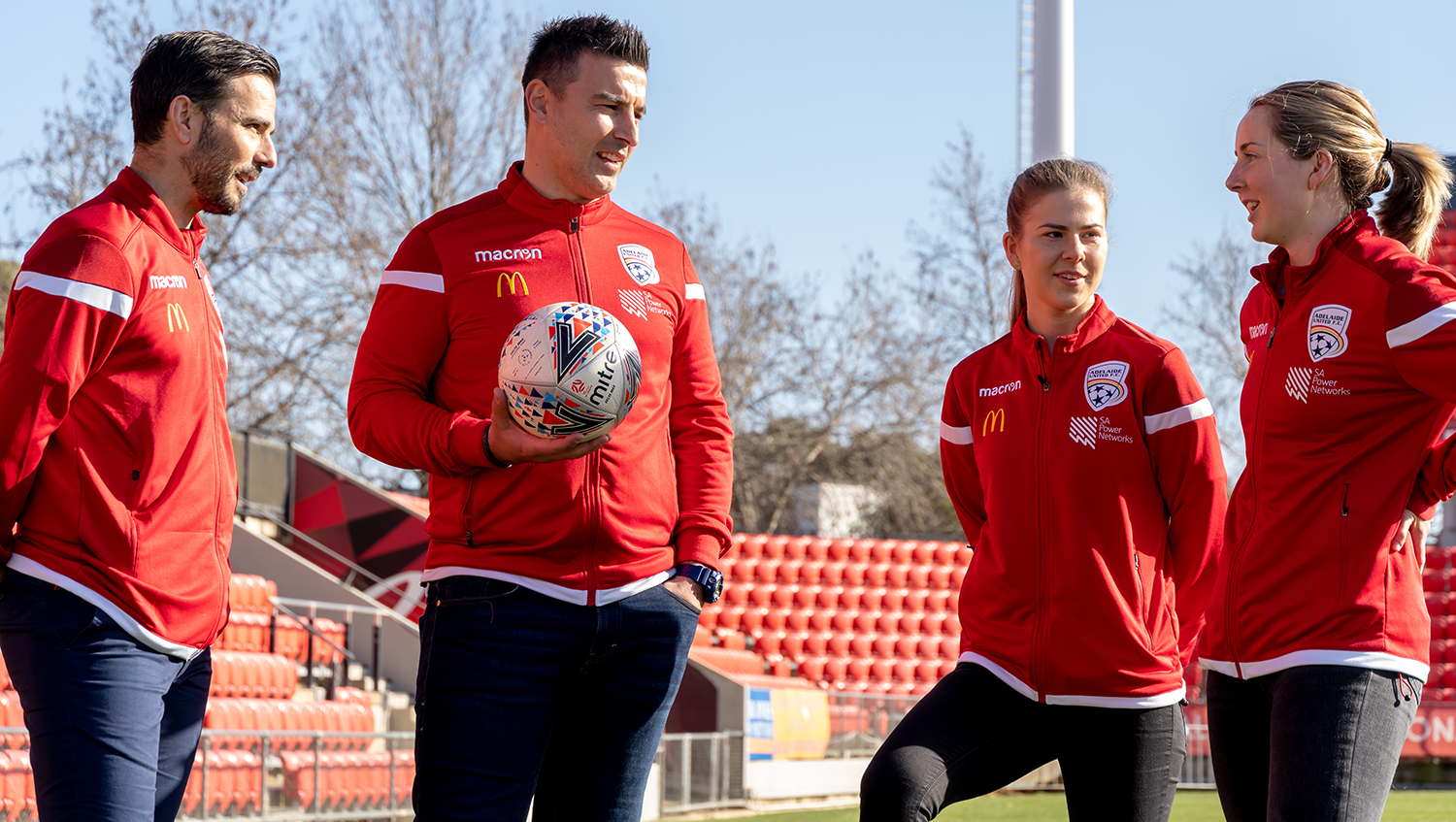 Adelaide United Director of Football, Bruce Djite, said: “This is something the Club and Ivan have been working towards for some time and we’re excited to be making this announcement.

“It’s an important step in evolving the women’s program and creating this additional position within the football department only enhances that.

“The goal for us as a Club is to be more competitive on the field, create better players, coaches and staff roles and pathways to the elite level.

“Ultimately, the goal is to have a greater number of South Australians representing the Matildas in the future.

“In conjunction with this, we want to see a female leading the charge as our Head of Women’s Football in the future, as we look to elevate more women within the game.

“Ivan and Adrian are fantastic appointments and I’m confident they will continue to take the team in the right direction.”