Adelaide United is excited to reveal its new 2016/17 away kit for the upcoming Hyundai A-League season, manufactured and designed by the Club’s new Official Technical Partner, Macron.

The reigning Hyundai A-League Premiers and Champions will go into the new 2016/17 season with a freshly designed away kit and, most notably, a silver star above the Adelaide United crest, signifying its Championship triumph from 2015/16.

This is the first time United will be wearing Macron gear in the Hyundai A-League, which has all been designed in Bologna, Italy, and made specifically for Adelaide. 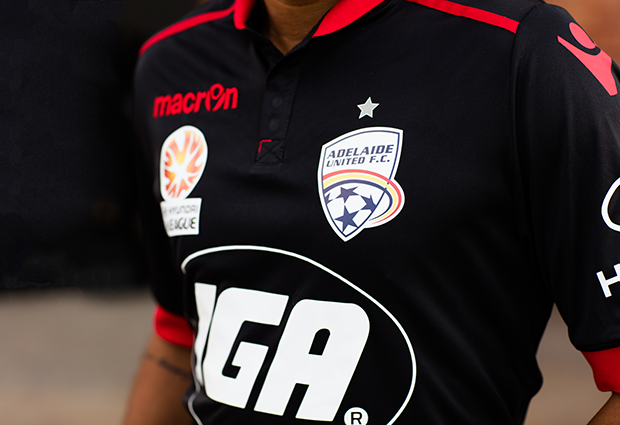 The Reds will again opt for a predominantly black strip, which is tastefully accented by red trimming on the sleeves, shorts, and socks.

The shirt has a mid-length collar that can be comfortably worn upright, or neatly folded down, flowing into a neat ‘V’ shape at the base of the neck where three buttons clip it together seamlessly.

Taking on supporter feedback from previous seasons, Adelaide and Macron will offer a more affordable replica kit (in home, away, and clash), as well as an authentic version of the Reds’ home strip. However, the replica kits will maintain the same quality and style as the authentic.

To celebrate the release of the away shirt, members will be able to buy it at an exclusive launch price of $90 (and $99 for non-members).

All strips will be produced using Macron’s Performance System Fabric, which increases comfort, breathability, and moisture absorption. Woven badges and other specialised characteristics will also appear on the authentic home version, which will be released later next week.

Adelaide United’s 2016/17 away replica kit is available for sale online and in store. Purchase here. 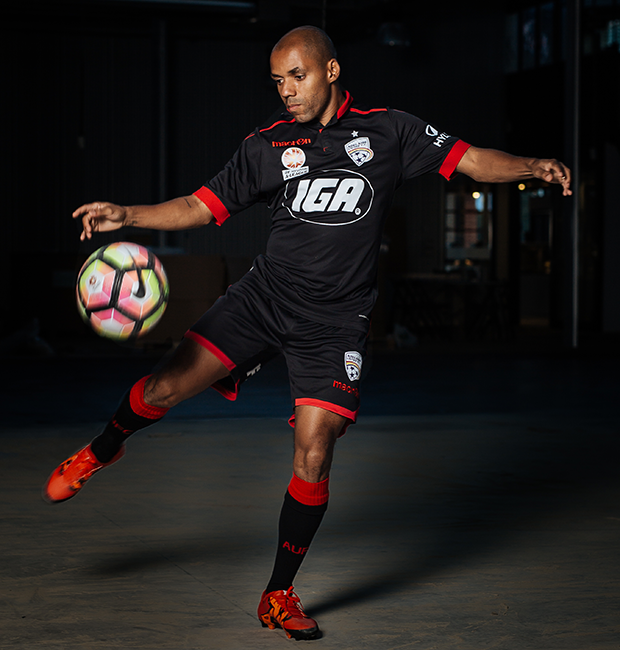 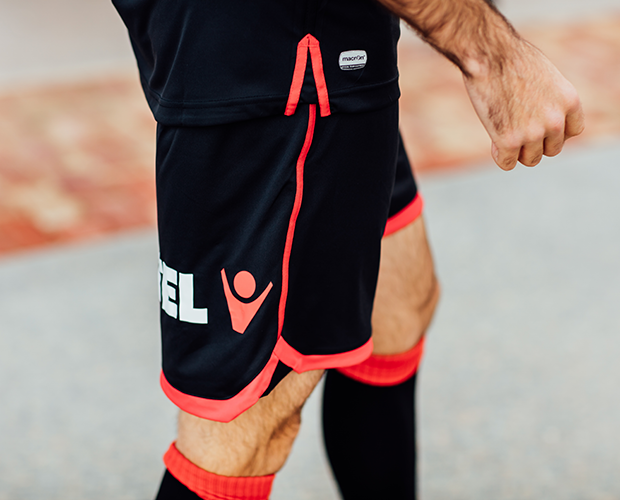