New signing Yaya Dukuly admits Carl Veart being at the helm of Adelaide United was a pivotal factor behind his decision to join the Club.

Dukuly arrives at the Reds on a scholarship contract ahead of the A-League 2020/21 campaign.

The 17-year-old had spent the last couple of years with Melbourne City but now returns home in a move he is extremely excited about.

“I’m absolutely stoked, I’m an Adelaide boy so it’s good to be home with my friends and I’m ready to get underway for the new season,” Dukuly told AUFC Media.

The winger explained how he previously played under Veart as a 14 and 15-year-old during his time with the NTC and Skillaroos programs and relished his coaching style.

It was certainly a huge motive for moving to the South Australian outfit.

“I loved playing under Carl (Veart), because he told me always to express myself and play how I saw best,” he recalled.

“It’s one of the key factors that brought me back to United, knowing that Carl is the coach, I knew that it’s a place where I can do what I do best on the pitch.” 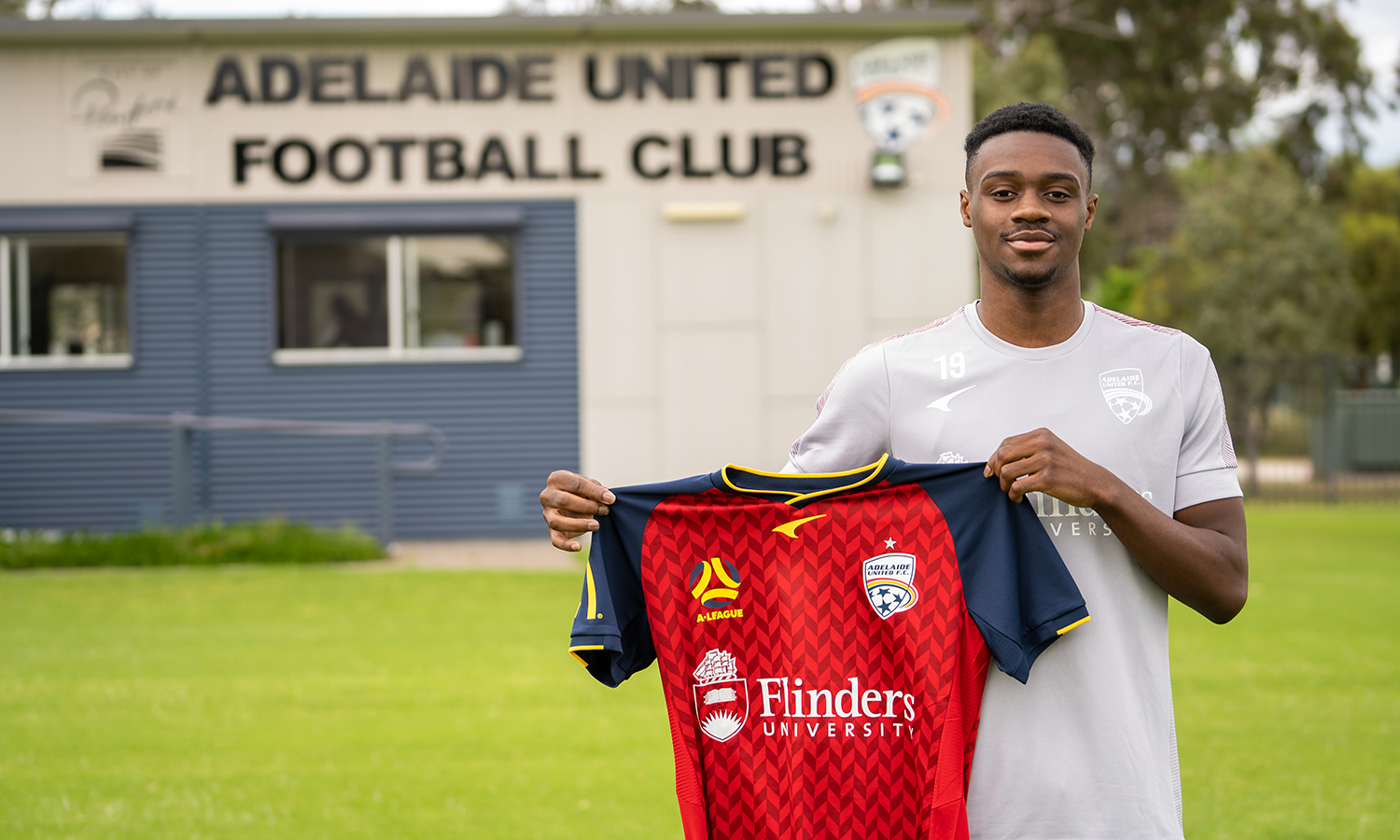 Dukuly added that seeing the number of young United players get their respective opportunities while away in the hub last season was another contributing reason.

“I saw there’s opportunity,” he admitted.

“It only makes sense really, like I said there’s a lot of young players here and he’s shown if you work hard enough and you’ve got what it takes he’s going to give you a shot to play.”

Capped on two occasions by the Joeys, Dukuly hoped the Reds could implement an attractive style of football that garners results and makes the supporters proud.

“We want to play the best brand of football that we can,” he said.

“It’s exciting, we’ve got some of the best young players in the country here at the Club.

“I think that we just want to put on a show for our fans every time they come out to watch us because that’s what the fans pay their hard-earned money for to come watch us do our thing.”