Veart delighted to have Aloisi on board and discusses current squad

Adelaide United Head Coach, Carl Veart, explained why he chose Ross Aloisi to be his assistant, praising his coaching acumen before analysing the current squad.

Aloisi was appointed as the Club’s new Assistant Coach on a two-year contract and reunites with his former Reds teammate.

Veart explained why he wanted the 47-year-old to be his right-hand man, highlighting the qualities he will provide the team.

“I’ve known Ross for a long time,” Veart said at a press conference on Tuesday.

“The first time we played together as teenagers, so I’ve known him a long time and his biggest asset is he wants to win.

“Same as me we want to win, and we want to bring that culture into the Club about winning and developing the young players.”

He added that their history together as players both at Adelaide City in the National Soccer League and with United will certainly benefit the team dynamic.

“So we’ll be looking to bring those similar values back to the Club.” 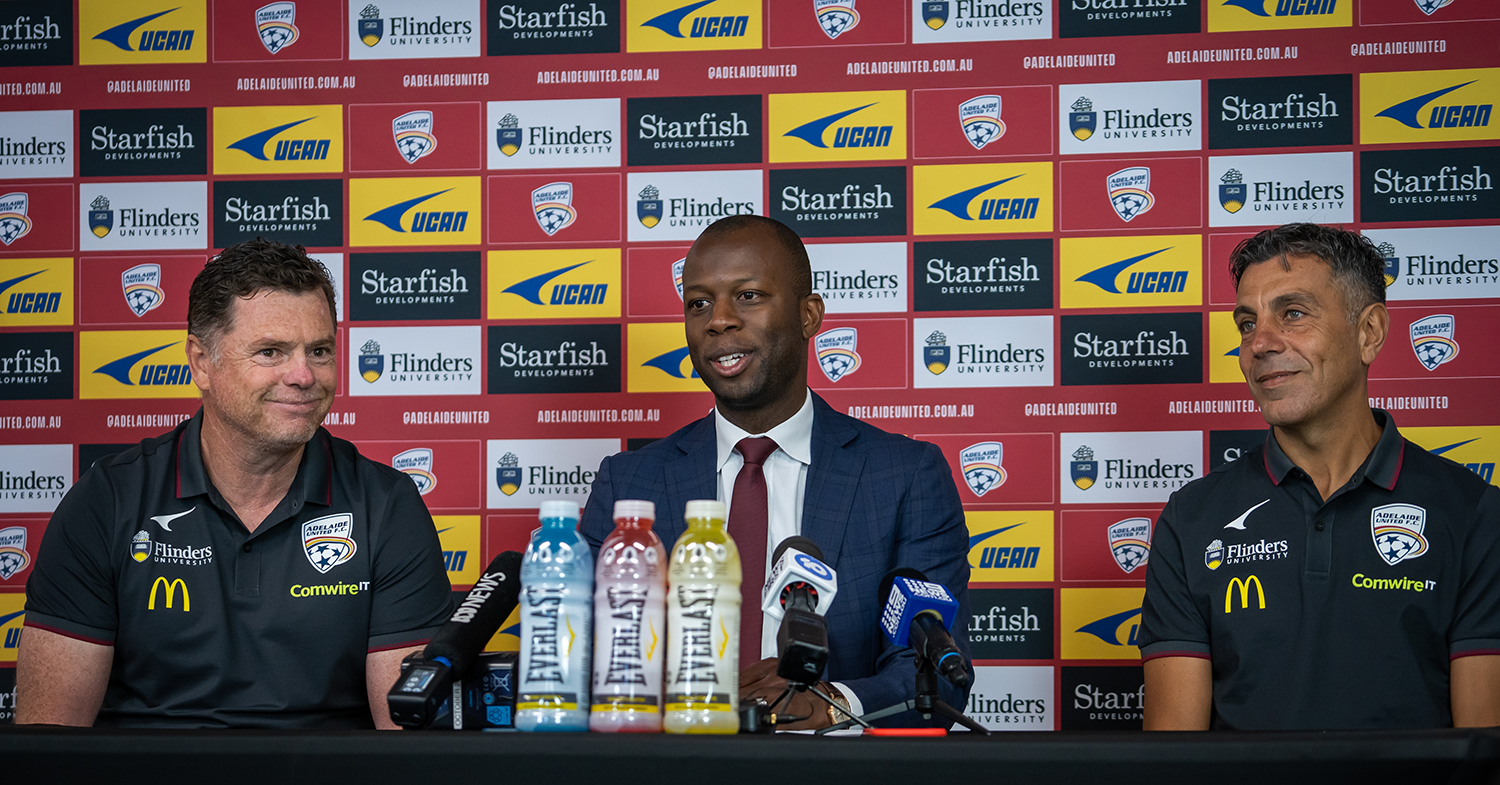 The boss said while it was sad to see them depart the Club, he was equally delighted for them after securing moves to Europe and testing themselves further.

“I want the strongest team possible so we can get results,” he said.

“But I’m quite happy for those players to get that opportunity to go on and make a better name for themselves and prove themselves.

“That’s what I am as a coach, I want the players that want to play and want to improve and go on to bigger and better things.

“If we can provide that platform for these players I’m happy for them.”

Veart intimated more young players will get opportunities at the A-League level, given the current climate.

However, he reiterated that if the best young Australians in the country want to play regular football, Adelaide is the ideal team and environment to develop.

“The market is the way it is at the moment in Australia,” he continued.

“We’re always I suppose lower to the European and Asian markets but we’ve said this.

“I think I’ve said this during the last couple of games, if you’re a young Australian player and want to play and drive and get to the next level, this is the Club to be at because we’re going to play the young players.”