Veart pleased with internal friendly and thrilled to have Toure back

The hour-long clash was the Reds’ first decent hit-out since March when the COVID-19 pandemic brought a halt to the Hyundai A-League.

Veart said the energy and urgency from the players impressed him the most and how they improved as the game wore on.

“The commitment from the players,” he told reporters.

“I think they showed a lot of commitment and it got a little bit feisty at times which was good. It showed that it meant something to the boys.

“We were a little bit rusty, we struggled to keep the ball at times.

“But I was really impressed with the second-half, the first-half there were a few things that I wasn’t too happy with.

“And we discussed that at half-time and to the credit of the boys they went out there and put that into place.”

The Reds enjoyed a change of scenery from their usual training routine, holding a recovery session at Henley Beach following the friendly. 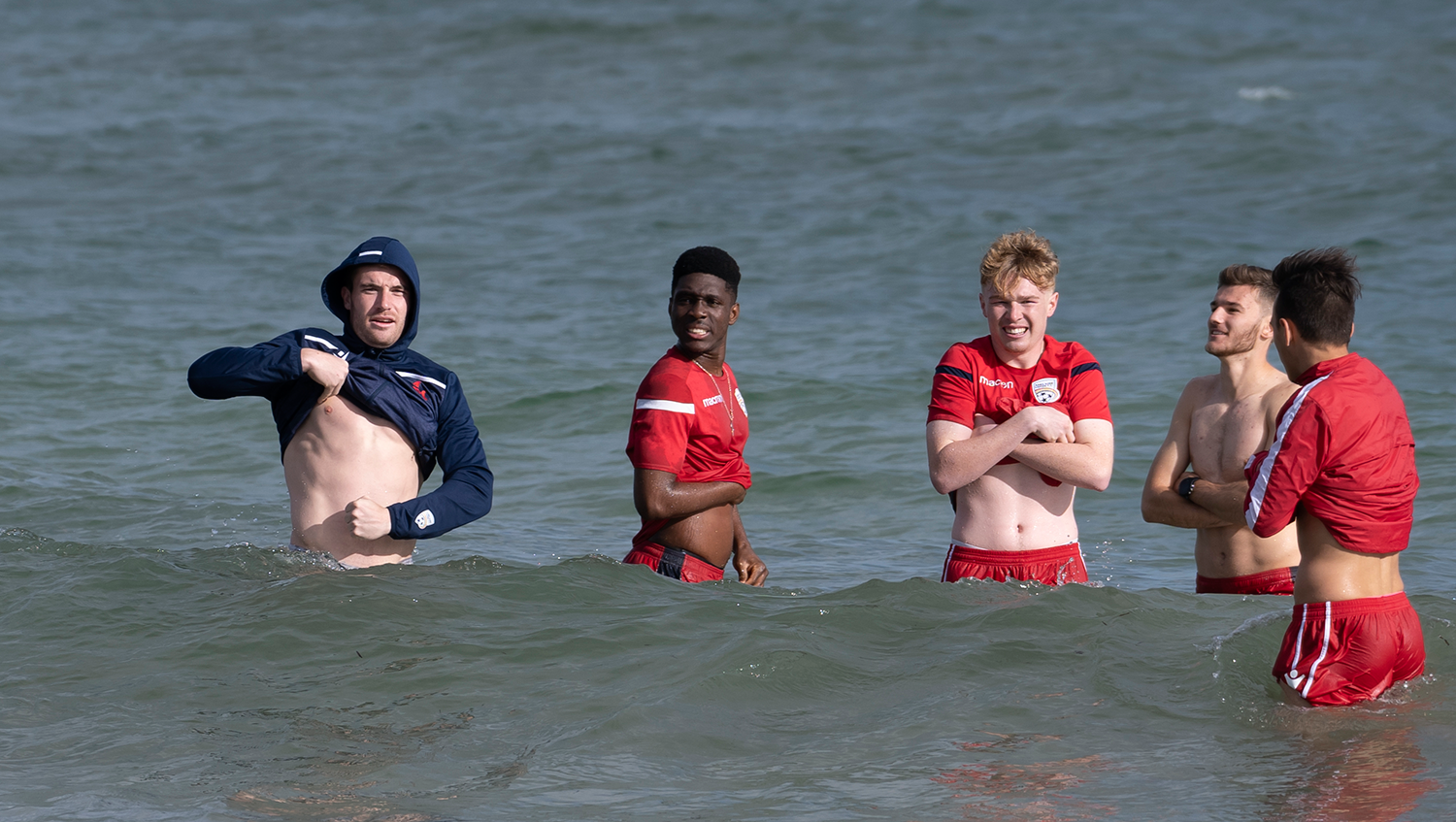 Veart said the different location was a way of mixing things up and jokingly added that the players were not overly thrilled given the blustery conditions.

“I’m not sure the boys are too happy with it at the moment being the middle of winter,” he said.

“I’m sure they’ll enjoy it a lot more in the summer time, but it’s a good atmosphere and it’s good for the boys just to have a different outlook instead of always going out to Playford all the time. It’s a different atmosphere for them.”

The remainder of the Hyundai A-League 2019/20 fixtures were also released earlier today, with Adelaide taking on Brisbane Roar on Thursday, July 19 at CBUS Stadium on the Gold Coast in their first game back.

Al Hassan Toure will also be available for selection following a lengthy injury layoff after suffering a stress fracture with the Olyroos.

Veart said having the 20-year-old fit and firing is a welcomed boost for the squad.

“He’s a very exciting player to watch and he showed glimpses of that yesterday when he was running at players,” he continued.

“So it’s fantastic but again we have to be careful we don’t push him too much too early because he’s missed a lot of football.”