Women’s World Cup will inspire the next generation believes Condon

Emily Condon says the FIFA Women’s World Cup 2023 will accelerate the growth of women’s football in Australia and New Zealand.

The trans-Tasman bid prevailed with a comfortable 22-13 vote over Colombia at the FIFA Council in Zurich on Friday morning.

The Adelaide United Women midfielder has been at the Club since the Westfield W-League 2013/2014 season and ranks third in the all-time appearances list with 60 games.

She said having the competition in our own backyard will only provide aspiring footballers more motivation to play at the elite level.

“It’s one of the biggest sporting events in the world and to have that on home soil is great,” Condon said, who has scored eight career goals with the Reds.

“And it will be good for the young girls coming through trying to aspire to something.

“I know when I was at a young age, the Matildas and playing for your national team was never really on your radar and you weren’t really aware of that.”

We are pleased to announce the introduction of our first Women’s Football Committee, chaired by Club Advisory Board member and Chief Executive of the Committee for Adelaide, Jodie van Deventer. 🙌 #AUFC #MoreThanFootball #AsOnehttps://t.co/MHVMNVbY5x

Condon felt the game will certainly see a surge in participation across the entire football landscape.

“I think it will definitely grow the game a lot more,” she said.

“I think it will help encourage not just younger girls, but also younger boys to get involved with the game.

“If it’s one of the biggest sporting events in the world and it’s on your home soil, you can’t really ignore that.”

Due to the potentially dramatic increase in participants from a tournament of this size, the Reds midfielder believed we could see another golden generation of talented players in the not too distant future.

“The more numbers you get into the game, especially at a younger age, the longer time they’re in the game, they’ve got more time to develop and build on their skills,” she explained.

“And then hopefully from there one of the generations coming through we might even, from Adelaide itself, get a few more players into the national team squads.” 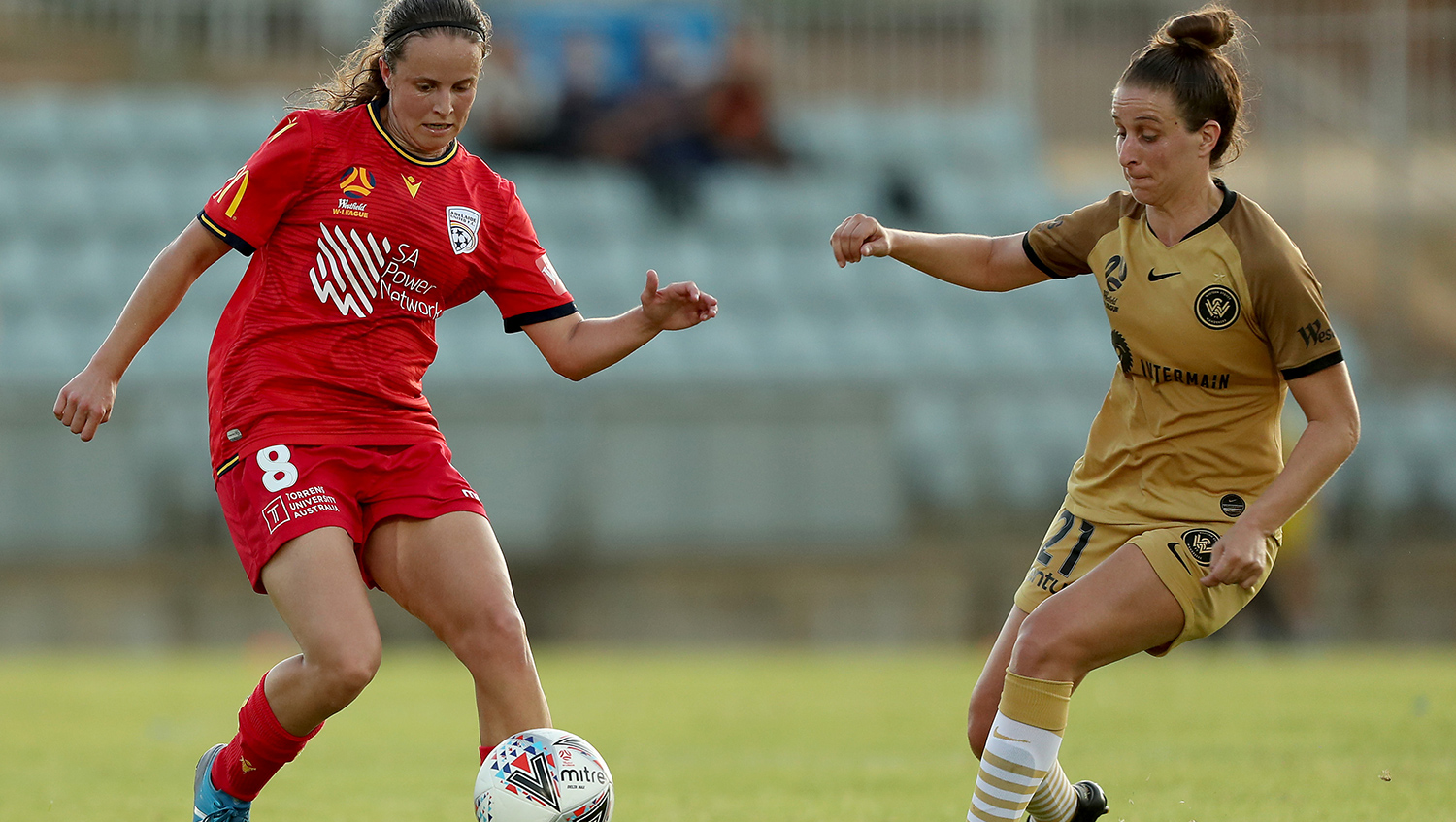 Indeed, Condon has had the honour of playing for the Westfield Matildas when she made her debut against Portgual at the 2018 Algarve Cup.

The 21-year-old admits returning to the national team set-up remains an ambition of hers, but knows performing on a consistent basis in the next three years will be the key.

“I think if you’re wanting to play at a high level obviously your goal would be to represent your country, it’s the highest honour,” she said.

“So that’s always at the back of my mind if things go well during the season here in Adelaide. Hopefully have a good W-League season and from there you never know what happens.”