Adelaide United Reserves take on MetroStars in the Playstation4 National Premier League Reserve Grade Grand Final against MetroStars at the Parks on Sunday.

The Reds finished at the top of the regular season table on 46 points and dispatched the Klemzig based club 6-0 on aggregate in the semi-final.

But what exactly are the common pathways for the players to secure a position in the Reserve squad in the hope of progressing to the Youth Team and potentially the senior outfit?

Gideon Arok, Jai King-Byrne and Jayden LoBasso will be in the side facing MetroStars this weekend.

They all arrived to the Club after trialling for the Mediterranean International Cup (MIC) side in 2015 as 14-year-olds, which was coached by Reds Hyundai A-League Assistant Coach, Jacobo Ramallo.

After sealing places in the MIC team, the trio were then invited to trial for the Reserves. 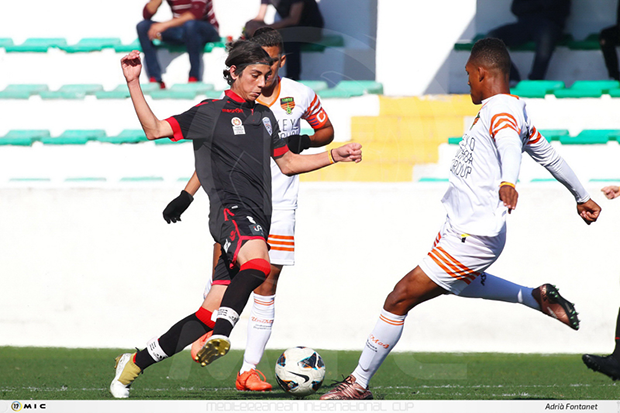 Arok said initially being a part of the MIC squad was a fantastic stepping stone in eventually reaching the NPL Reserve team.

“I believe it was extremely important because in Adelaide football wise there’s not many opportunities you get like this,” he said.

“There’s not a lot of opportunities to be a part of a professional environment like Adelaide United and to represent a professional club at a young level.

“So I think that’s extremely important as a kid knowing that it gives you a lot more hope and belief (to try and become a professional footballer).”

Goalkeeper Cameron Cook, 15, came from the Northern Territory to trial for the MIC squad in 2016, and after impressing he was invited to trial with the Youth Team in the same week.

He subsequently made the Reserves outfit and will be playing in the Grand Final on Sunday.

Moreover, Ninko Beric, Brayden Micallef and Bradley Ballentine will be playing in Sunday’s title decider for the Reserves, courtesy of successful Open Trials.

Although Pacifique Niyongabire will not feature in the Grand Final, he joined the Reds through an awarded scholarship to the 15-week Football School Program in 2016.

Through this opening he was asked to trial for the Reserves, but after just three matches he quickly moved up to the Youth Team.

The 17-year-old scored five goals in 19 matches in the PlayStation4 National Premier League this season and was recently training with the Adelaide United senior squad. 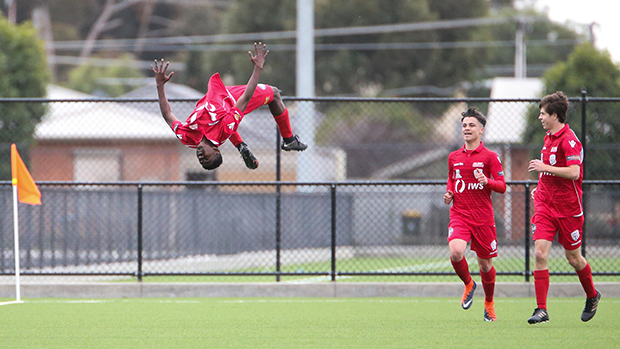 Niyongabire said without the opportunity through the Football School Program it would have been even harder to get noticed by the Adelaide United coaching staff.

“It’s very important because it gives you an opportunity to get seen by the coaches,” he said.

“Without that program you have to kind of play for teams that can play against United to get noticed by them.

“But that opportunity just makes it easier for the coaches to notice you without having to play for another team.”

The Football School program but primarily the MIC have been integral routes for several aspiring footballers, who are now in the ranks of Adelaide United’s Reserves and Youth Team outfits.

Adelaide United will again take a male Junior Reds side to compete in the MIC in Girona, Spain for the 2018 edition.

Last year, 14 of the 16 players in the squad headed for the MIC came directly from the Football School Program.

Meanwhile, the Football School Program commences on Tuesday, 3 October 2017 in which there will be one 90 minute session per week for 12 weeks across three locations: