The Reds welcomed Marcelo Carrusca into their starting XI for the first time this season and salvaged a point through Sergi Guardiola’s 78th minute header.

“Our problem this season has been slacking off in key moments,” McGowan told Fox Sports.

“Last week (against Central Coast) was just after half-time and a couple of weeks ago (against Melbourne Victory) it was the last minute of the game. 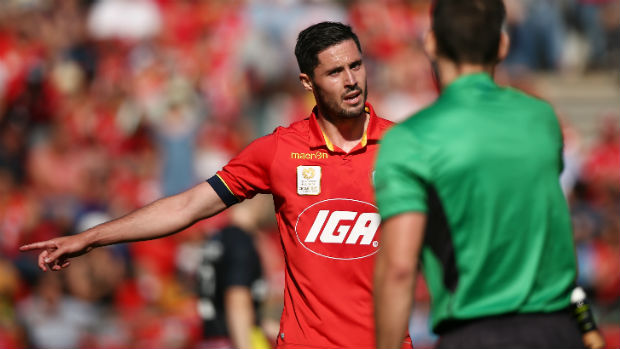 “To concentrate for the full 90 was the aim tonight and I think having some of our key players back really made a difference.

“We definitely don’t want to be in this position and tonight was a step forward for us.”

The hosts survived several Roar chances either side of their goal to halt an unwanted streak of four consecutive 2-1 defeats.

While it was his side celebrating Guardiola’s equaliser, McGowan admitted to nerves about the scoreline potentially reappearing.