When did you start supporting AUFC?
I started supporting Adelaide United right from their very beginning. Back then, memberships were offered through the local football association clubs – mine being Polonia (Croydon Kings) who would earn a commission so I had an opportunity to support Polonia and the A-League and Adelaide United at the same time. It was something I was very passionate about then, but I am still passionate about it today.

What made you fall in love with the Club and what made you become a member?
I had been waiting for a football club like Adelaide United for a very long time. I remember a team called the “Flame” wanting to start in South Australia but it didn’t come about. Prior to Adelaide United forming some local SA clubs were closely linked to various multicultural ethnicities. But I always felt there should also be one club representing us on a national scale to bring together all South Australians. Finally my dream came true. 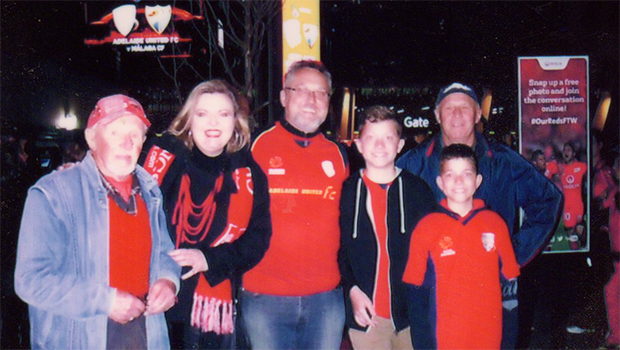 How long have you been a member of AUFC?
I am an inaugural member with the Club – number 180!

What is your favourite memory from a Reds match and why?
There are too many to mention. When John Kosmina was announced as coach I was very proud because I had been friends with his Father Alec since 1950 and he had his beginnings at Polonia too!

How did it feel when we won the Championship last season? Was it a long time coming?
Very, very proud. Yes it was a long time coming but I am so glad it happened in my lifetime! It felt extra special as I truly felt a part of it. My almost perfect record of almost never missing a game and my perseverance, sticking by the club in good times and in bad finally paid of. The team deserved to win everything and had a wonderful season, even if they started a little slowly. You could see how much it meant to the players, but to have so many people in the stadium be so happy, it was a wonderful thing. 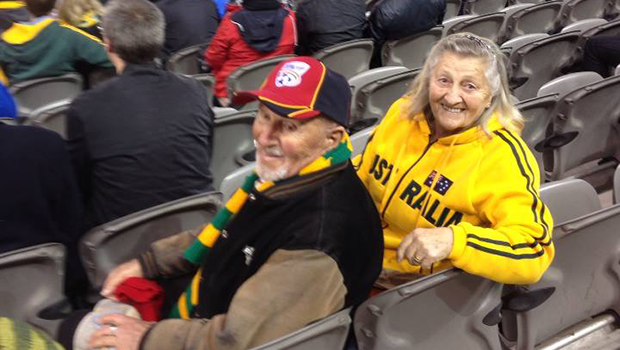 What are you looking forward to this season and do you think we can have another successful campaign?
I’m looking forward to more great football, of course, and maybe more success but it will be very difficult to do what we did last season again. It’s too early to say what we can achieve, but I really hope we will be in the finals again and who knows what will happen from there. I’m also looking forward to the team being back in the Asian Champions League – where some of the best football is played. That will be a great challenge for us and I think we can do well. Hopefully even bigger crowds, as well, and the same terrific atmosphere. I especially love when we take turns in shouting “ADELAIDE” and then “UNITED”.