When did you start supporting AUFC? Why?
About six years ago my son had the chance to be a player mascot and I went along and got to experience our first Reds game. He was so excited afterwards and just like that we had caught Red fever.

What made you fall in love with the club and what made you become a member?
My sons have been involved in the Adelaide United Football Schools, we have had the opportunity to meet the players and they always have time for the kids, we have gone to home games, and I’ve also been involved with player mascots through the Miniroos. But the biggest factor would be the game, watching it live and enjoying the atmosphere – it just drew me in. 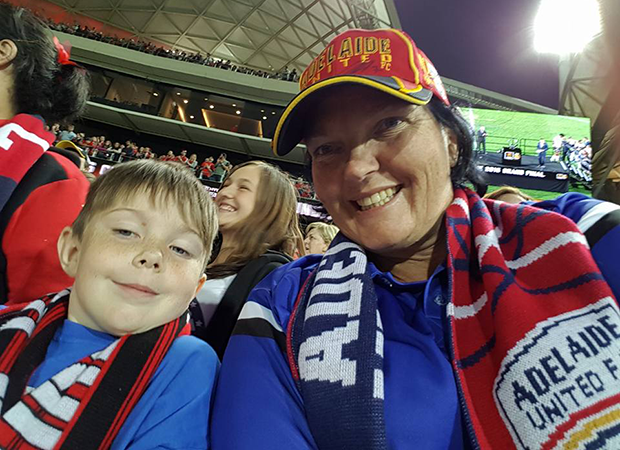 How long have you been a member of AUFC?
This is my first season as a member, but for the past two years I have purchased memberships for my son and my Dad.

What membership have you purchased for this season? Why?
This season I have changed to a family membership. I have had the opportunity to join my Dad and son along with my husband, daughter, and younger son and we have really enjoyed the atmosphere and time spent as a family at the games. 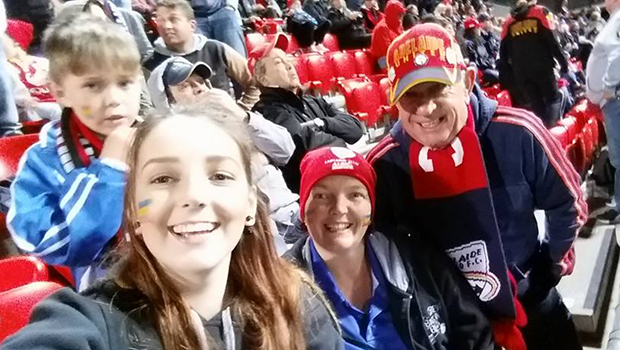 What is your favourite memory from a Reds match? Why?
I think the Grand Final, after the final goal was scored and Eugene ran from the other end of the pitch to celebrate in front of the crowd and Red army. The shear emotion on his face is something I won’t forget in a hurry.

If you could say anything to a Reds fan who is thinking of becoming a member, but hasn’t yet, what would you say?
Get a membership and come along to the games, enjoy the atmosphere and live football and support the club. It’s great value.