NPLSA Round 18 Recap: Kebede brace not enough as Young Reds fall to Raiders

Adelaide United Youth has surrendered a two-goal advantage after sustaining a 3-2 loss to Raiders at Jack Smith Park on Friday night.

Binyam Kebede had the Young Reds in a seemingly commanding 2-0 lead after 15 minutes but they ended the first-half on level terms.

The visitors then hit the front early in the second-half and held on as United Youth suffered its fourth successive defeat.

Kebede closed down a careless Nick Munro who dawdled in possession and his attempted kick was blocked by the striker with the ball smashing the back of the net on seven minutes.

In the 15th minute, the Young Reds were awarded a contentious penalty for a handball which Kebede confidently converted for his seventh goal of the campaign.

But a minute later, Raiders replied after a backheel unlocked the defence playing in Massimo Falco, who feigned a shot before slotting home from close range.

Raiders then equalised in controversial circumstances when James Delianov ostensibly seemed to have been fouled in the process of collecting a corner.

The gloveman dropped the ball as he was barged from behind which Vianne Kurikwimana capitalised on to restore parity.

Dion Kirk then nodded the Gepps Cross-based side into the lead with a back-post header in the 52nd minute.

Delianov would spectacularly deny Kirk from a free-kick later in the match.

However, as United continued to probe they could not salvage a draw and languish five points above the relegation zone. 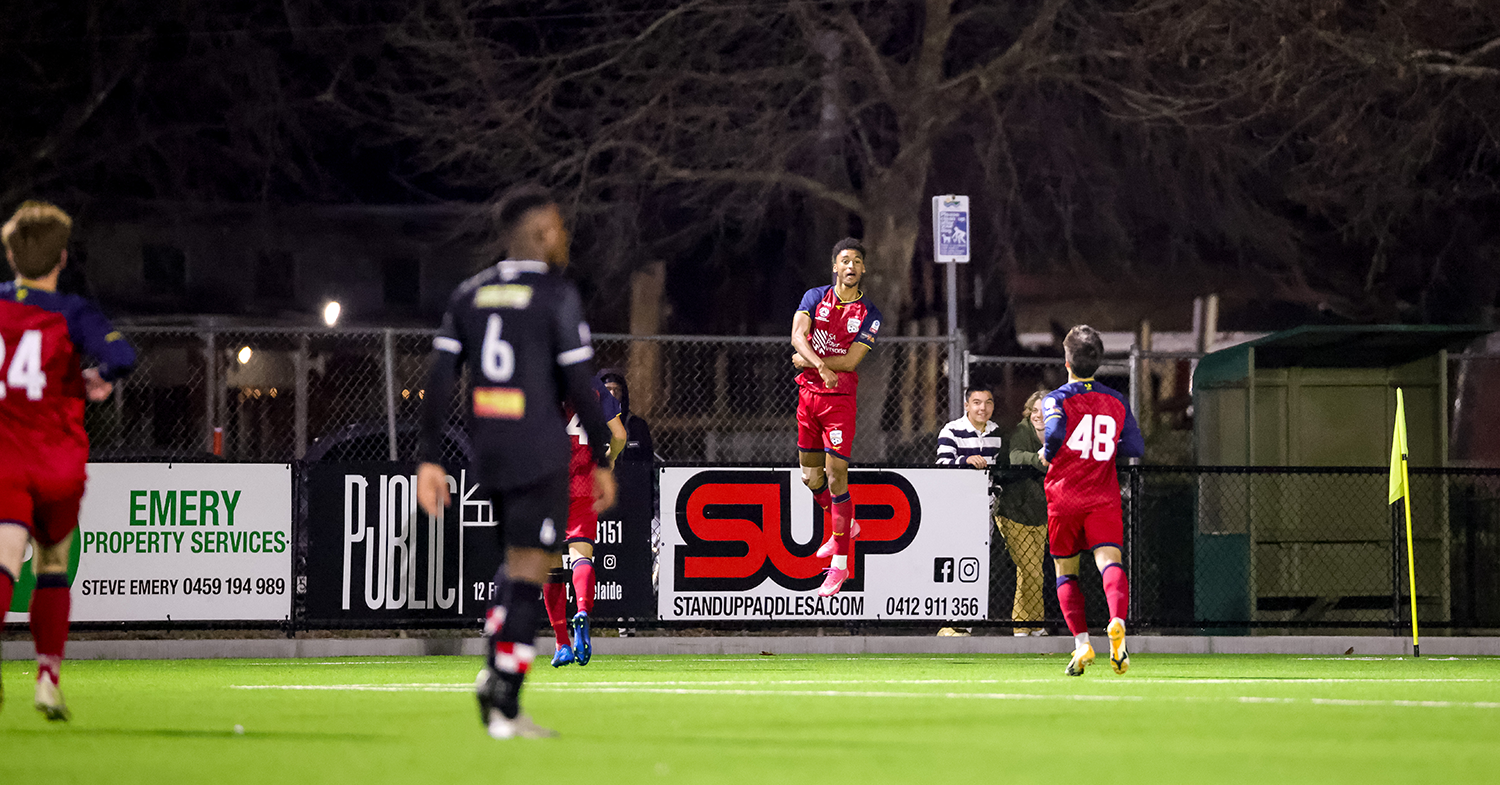 “We don’t want to lose games and we don’t want to be in a battle that we probably will find ourselves in now, fighting to avoid relegation,” he said.

“But I’ve said from the start that our job is to develop players and from that point of view, again a great performance but we’re just lacking in moments of the game.

“At times we concede goals, make some mistakes in moments that we shouldn’t and to me that’s all down to experience. You have to leave those moments to go through and grow up and get stronger and better.”

The head coach admitted while the results have been frustrating he is confident their fortunes will change.

“Overall, the football we play I enjoy watching and I think everybody that watches the games is the way that you want these kids playing – it’s enjoyable to watch,” Andrioli said.

“Yes we’re disappointed that we find ourselves in this situation. That’s why football is what it is. You don’t always get the results according to your performances because we’ve been playing well and again completely dominating the game – we’re just lacking in some moments.”

Andrioli also discussed the non-decision on Delianov which led to Raiders’ equaliser just before the interval as it appeared the goalkeeper was impeded from the corner.

Andrioli said the goal did impact the momentum but insisted these incidents are part of the game.

“I think when you’re sort of in a bit of a pattern things tend to happen against you,” he said.

“I would say 95% of the time the referee especially in his position (would call a foul).

“It crossed his mind, he had the whistle in his mouth and he thought about blowing his whistle, but he didn’t and at the end of the day we can’t really focus on that.

“That’s part of the game, referees will make mistakes sometimes against you and sometimes that go in your way.

“It definitely played a part because it was just before half-time going in we’re 2-1 up and it would’ve been a different half-time talk and the players would’ve had a bit more confidence.

“But our objective is long term, putting players in the A-League. We have a few of the younger boys now who have been training with the A-League squad in the morning as well which is very good for them.

“They’ve been showing some good quality and we’re talking about kids who are 16, 17 and 18 and have a good future ahead of them.

“We’re going to continue to work on that, keep them motivated and keep on doing what we have been doing and hopefully things can turn around.

“We can also reward our performances with some results as well.”