Ramallo, a UEFA Pro Licensed coach, is a highly regarded football coach and is also the Director of Adelaide United’s Football School. He also holds a diploma in football as a Technical Director, which he has previously exercised as the Technical Director at Spanish clubs Unión Deportiva Santa Marta and Club Deportivo Navega.

Having first joined the Club in 2015, Ramallo has since been heavily involved in scouting and analysis, and with the recovery of injured players. He has also coached at a number of Real Madrid CF Foundation summer camps.

Ramallo acquired a Bachelor in Physical Activity and Sports Science and a degree in Teaching Education (Physical Education), both at the University of Salamanca. h

Speaking on his new role with the Club, Ramallo said he was very grateful for the opportunity to be involved with the current Hyundai A-League Champions and is looking forward to another successful season with the Reds.

“I am very grateful to be working with Adelaide United,” Ramallo said. “We are the Champions of the A-League and when you get into this dressing room you need to understand how good last season was.

“We have a very long season ahead us with three different competitions to play in and everyone here knows that every single analysis, opinion, or drill counts, so I am more than ready to join in. 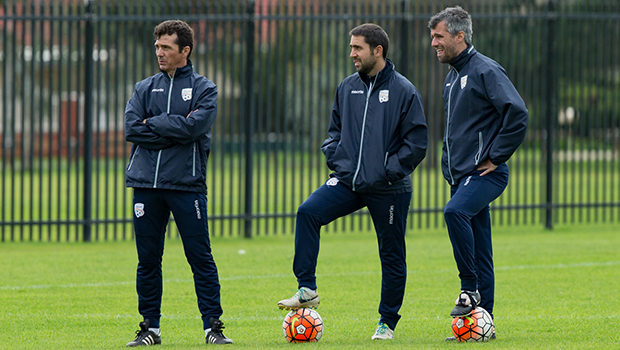 “When you achieve titles as the team did last season, I understand that the rest of the teams will have their eye on you, on your style, on your players, etc… So I know that everyone at the Club is already making an effort to keep improving to the next level.

“To be working with Guillermo, Pau (Martí), Peter (Blazincic), and Greg (King) is fantastic because everyone is very well coordinated and they all work so professionally.

“At first I will mold my spot slowly, observing and absorbing the routines and habits of our players in order to start adding what it is useful for us as a team.”

“Jacobo has been part of the Club for a little while now and he has achieved some great things with our MIC team, in particular.

“He was able to help us with scouting and analysis last season and we’re sure he will add to that in our new season.

“Going into the new season, we have the FFA Cup, A-League, and Asian Champions League to be focused on.

“In comparison to last season, we have the same desire and belief that we can achieve something big, and we feel Jacobo is going to be able to help us be even more successful.”

While taking up the position as Amor’s second Assistant Coach, Ramallo will remain the Director of the Club’s Football Schools, continuing to assist in the development of the Reds’ future stars.