Today marks three months until the new Hyundai A-League season blasts off on October 7… it’s time to get excited for Season 12!

It all kicks off in three months on Friday, October 7.

John Aloisi’s Brisbane Roar play host to what will be a new-look Melbourne Victory.

Kevin Muscat’s side saw their title defence ended by Roar in that thrilling Elimination Final last season and return to Suncorp Stadium eager for redemption and to make a winning start to Season 12.

The next day will see three matches on a ‘Super Saturday’, starting with Melbourne City’s trip across the Tasman to play Wellington Phoenix.

The Nix – with new signings like Kosta Barbarouses and Gui Finkler on board – aim to be big improvers next season and will want to make a strong start in front of their home fans against Bruno Fornaroli and co.

Rounding out Saturday night’s triple treat is a clash in the west between a star-studded Perth Glory and the Central Coast Mariners.

Glory has recruited the likes of Caltex Socceroos Adam Taggart, Rhys Williams and Chris Herd while Johnny Warren medallist Diego Castro is back for another season. 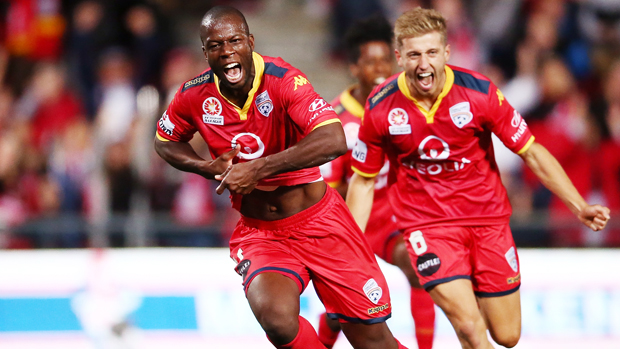 But sandwiched in between those two matches is what promises to be a record-breaking night in Sydney with the season’s first derby between Western Sydney Wanderers and Sydney FC.

The ‘full house’ sign at ANZ Stadium has every chance of going up when these two fierce Harbour City rivals do battle, with an A-League attendance record set to be smashed.

The previous record stands 55,436 (the 2007 Grand Final between Victory and Adelaide) but that is in real danger of being surpassed.

Concluding a thrilling opening round on Sunday sees champions Adelaide United head to the Hunter to take on the Newcastle Jets.

With many of the grand final heroes still on board, the Reds have designs on going back-to-back and face a tricky opening game against a Jets outfit buoyed by a new ownership group and some astute new signings.

There’s so much to look forward to. Only three months to go!

The best way to support your club is by purchasing a club membership! Click here to get involved today!