Mauk: Being part of the Socceroos is surreal

A debut in the Green and Gold against England on Saturday morning (AEST) would cap an unbelievable month for Adelaide United midfielder Stefan Mauk.

It’s been a whirlwind 2016 for the 20-year-old, who’s year began with disappointment as the Olyroos failed to qualify for the Rio Games at the AFC U-23 Championship in Qatar.

A mid-season switch to hometown Adelaide culminated in the Reds going on a remarkable run to claim the double in the Hyundai A-League.

Now Mauk is in camp with the Caltex Socceroos for the first time, having cut short his end of season holiday in Bali to join Ange Postecoglou’s squad in Sunderland. 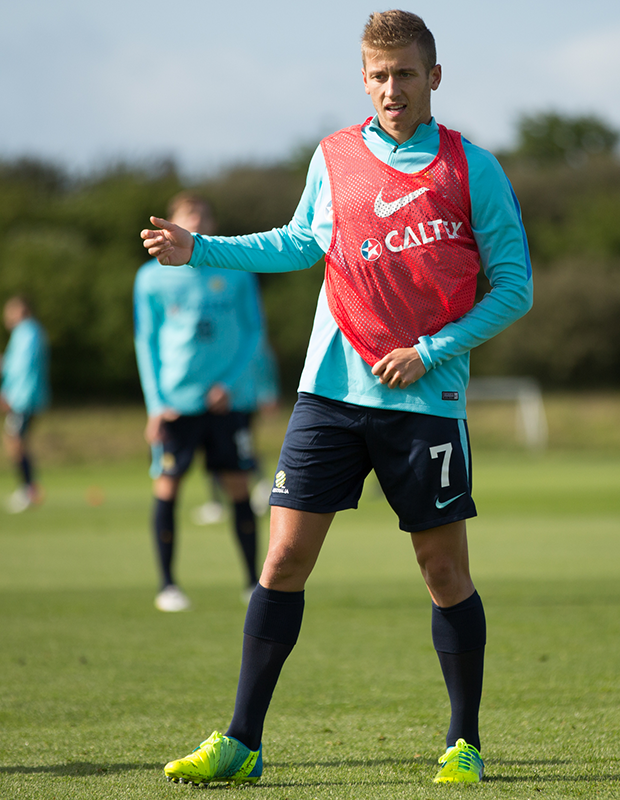 “Going back to the start of 2016 we were in Qatar and it was obviously a massive disappointment not qualifying,” Mauk told FFA TV .

“I then made the mid-season switch to Adelaide and it turned out to be a fantastic move for myself personally and the club.

“We ended up winning the Championship and personally I had a really good end to the year and a surprise call up now to the Socceroos, it’s all a little bit surreal.”

It’s been a breakout season for the former Melbourne City midfielder, who scored seven goals in 25 A-League appearances this season.

The youngster was surprisingly traded in a swap deal with Osama Malik during the January transfer window, with Adelaide coach Guillermo Amor thrusting him into a starting role.

“This is probably the first season where I’ve got consistent game time so as each game went on I felt more confident,” said Mauk.

“I think another good pre-season under my belt with a good team and a good environment I can keep improving definitely.” 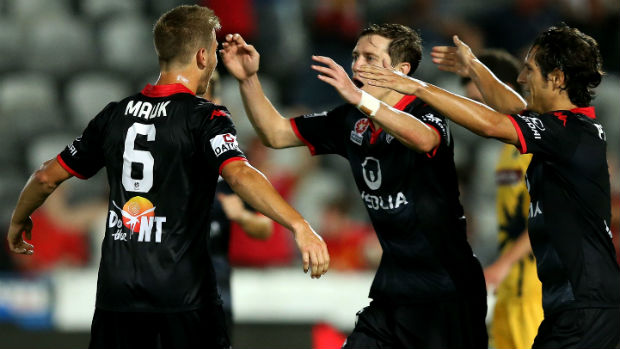 Like every young footballer Mauk said it was his dream to play for the Socceroos but he never expected to get a national call-up this soon in his career.

“I guess it’s everyone’s dream. You don’t play the game not to get to the highest level possible.

“I’ve always been wanting to get into the squad and seeing how the young boys from the Olyroos get picked.

“I guess you’re always thinking in the back of your mind ‘hopefully I can perform well enough to get Ange’s attention’. 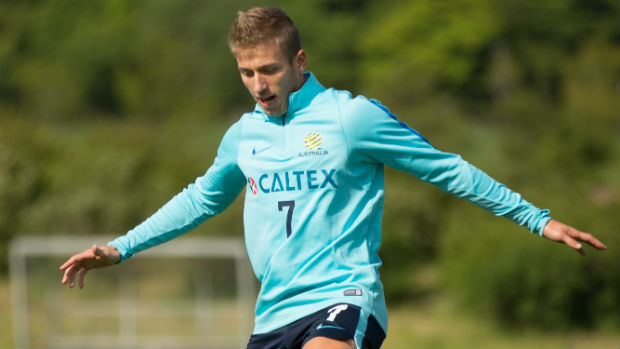 Having swapped bathers and beaches for footballs and boots Mauk now hopes to get the chance to come up against a couple of England’s superstar midfielders.

“Jack Wilshere has been one of the biggest prospects coming through England the last seven, eight years he’s just struggled with injuries.

“Then Dele Alli with the breakout year he’s had. He looks like a beast out there on the field and I guess he’s similar to me where he’s gone from playing regularly in his first season and gone from strength to strength.”