Reds players from the A-League and Westfield W-League squads have given their seal of approval for Adelaide United’s newly released away kit for the 2020/21 season.

The Adelaide United badge, logos, trimming and thin stripes are all red maintaining consistency as the two-colour theme accentuates the distinctive and effective contrast.

It is not the first time yellow has been used as a primary colour in the Club’s history, after it was first utilised as a training top during the Reds’ inaugural campaign in the 2003/04 National Soccer League.

In 2015 the Club’s youth team had yellow as its home strip for its maiden campaign in the National Premier League State League, and later that year during the memorable friendly clash against Liverpool at Adelaide Oval. 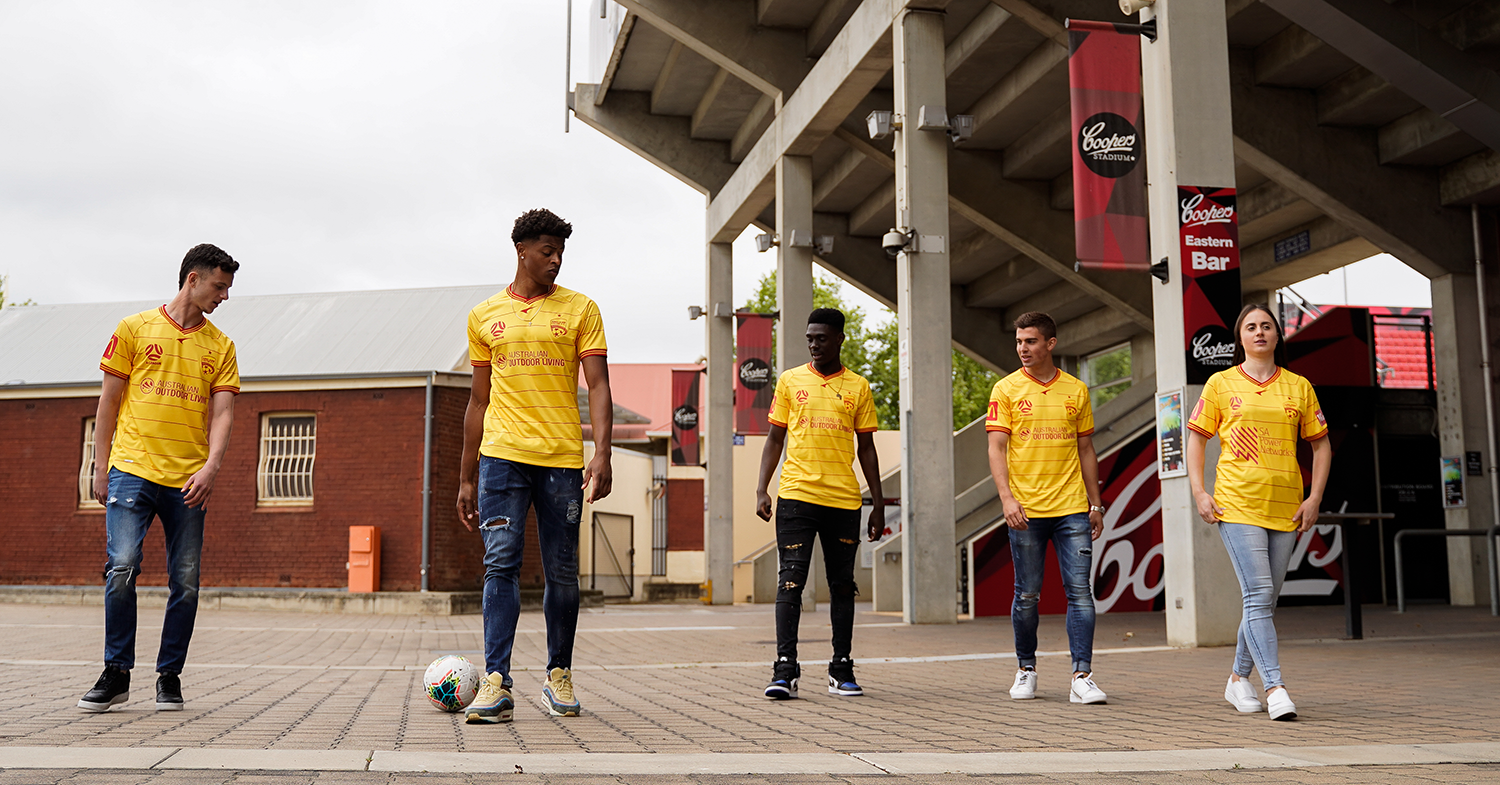 I really like it, it’s a bit different to the last couple of years where we’ve had white. So we’re going to stand out on the pitch and I like it a lot.

I really like it. I think it’s unique, it’s something completely different to what we’re used to. I was around for the Liverpool game and there was a lot hype around the game and it’s kind of good to bring the colour back, it’s exciting.

I really like the kit. I think it’s just something different instead of the white and it works really well with the red too.

I think it’s a good change, obviously we’ve had white and black over the years so I think trying yellow is different but it’s good to be different sometimes.

View the gallery below. Click top right to expand.