Adelaide United is pleased to announce the signing of German midfielder Daniel Adlung on a two-year contract.

The 29-year-old joins the Club for the next two Hyundai A-League seasons, and boasts a wealth of experience having spent 11 seasons in 2. Bundesliga.

After leaving the Wolves in 2010, he has since enjoyed spells with Alemannia Aachen, FC Energie Cottbus and most recently 1860 Munich.

The versatile midfielder has gone on to accumulate over 280 appearances in the German second division, scoring 29 goals and laying on a further 42 assists.

“I’m delighted that Daniel has signed for Adelaide and we’re looking forward to him joining our team for two seasons,” he said.

“Daniel is a fantastic player with a great technique, has a lot of experience, and is someone who will strengthen our midfield options.

“He can play as a holding or offensive midfielder and is also very good on either wing.” 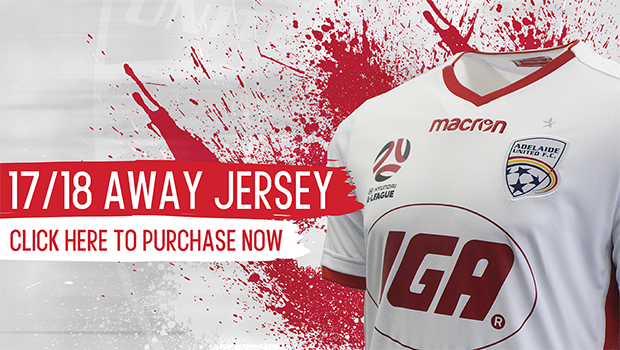 Speaking on joining the Reds, Adlung said: “For me it’s a good feeling to be here in Adelaide.

“We haven’t seen a lot from the city right now but the first impressions are very good.

“It’s a new chapter in my life and the offer was very good and I spoke with Ante (Kovacevic) and Marco (Kurz) and they gave me a good feeling to come to Australia.”

Adlung said he was looking forward to working with Kurz after hearing good things about him in Germany.

“I know him from Germany and he worked at very good clubs and had lots of success and I think he is a good young coach with a good philosophy.

“I hope to have a successful season with the team and with Marco and I also know Filip (Tapalovic) the assistant – I worked with him at 1860 Munich so it’s good.”

Adlung also said he hopes to impart some of his knowledge to the younger players in the squad.

“I’ve a lot of experience and I want to help the young players and every player.

“And I want that they help me as well because it’s a new situation for me – a new language, a new country, everything is new.”

His capture fills the permitted quota of five foreign spots. Adlung will wear the number 37 for the Reds.