Adelaide United recorded their first clean sheet of the season with a hard fought 0-0 draw against ladder leaders Sydney FC in Round 8 of the Hyundai A-League at Allianz Stadium on Saturday.

Both sides had opportunities to break the deadlock in a rather lacklustre affair, but it was Adelaide who were perhaps unlucky not to have grabbed the three points. The result means the Reds have now kept the Harbour City outfit scoreless in five consecutive Hyundai A-League matches in Sydney.

Watching on from the stands, Reds Head Coach, Guillermo Amor, was forced to make one change to his starting XI with speedster Nikola Mileusnic replacing the suspended Jordan O’Doherty on the left wing.

The Reds controlled the opening exchanges of the clash, dictating the tempo and preventing the Sky Blues from playing their game.

However, as the matched endured, chances were few and far between as the clash turned into an arm wrestle in midfield. United’s rear guard was steadfast throughout proceedings highlighted by the number of crucial interceptions committed by centre-backs Iacopo La Rocca and Dylan McGowan. 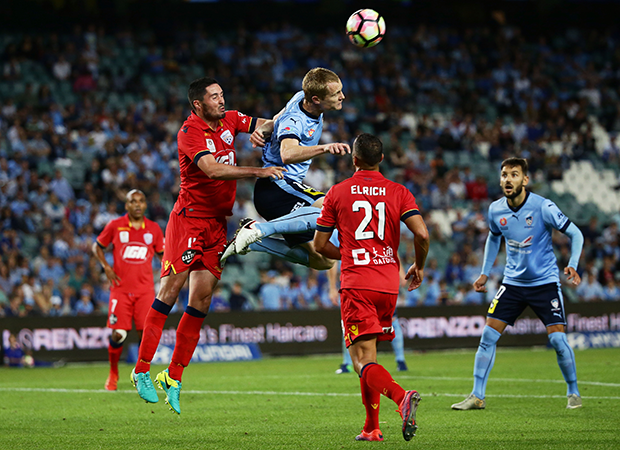 Wingers Ryan Kitto and Mileusnic were lively during the first-half as the Reds were instructed to try and exploit Sydney’s respective full-backs.

The match burst into life just before the interval with both sides pushing forward in search of the opener.

The second-half largely mirrored the first period, though it was Adelaide who were unfortunate not to have found the back-of-the-net – instead left to rue their profligacy in front of goal. Some exceptional work from Isaias and Ben Garuccio played in Marcelo Carrusca, yet the Argentine’s side footed shot was comfortably dealt with by gloveman Danny Vukovic on 59 minutes.

In the 62nd minute, Adelaide arguably had their best chance of the match. Mileusnic fed a lovely weighted througball for James Holland, who after expertly dancing is way past the Sky Blues defence, could only manage a tame strike straight into the hands of Vukovic. 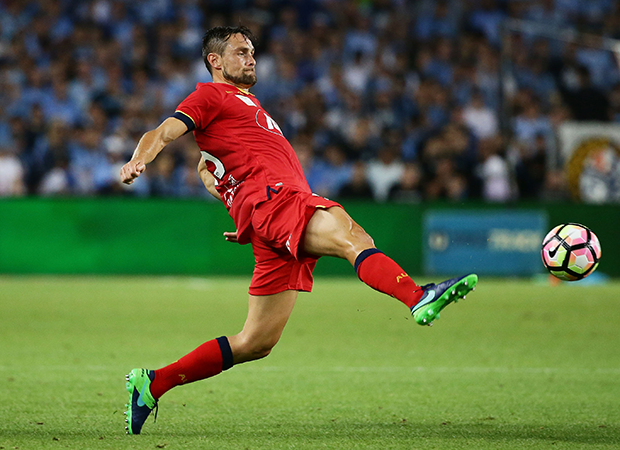 The Reds continued to press for a late winner, while remaining resolute at the back, and ultimately had to settle for a share of the spoils against the table toppers.

Following the match, Reds Assistant Coach, Pau Marti was satisfied with the performance but stressed the team came to Sydney to win the match.

“Well the main thing to come here was to get the three points initially, that’s our target every game,” Marti said.

“So to get one point against Sydney who are top of the ladder and playing very good and scoring a lot of goals is very good.

“To get the clean sheet that’s very positive for us, even though we wanted to get the three points.”

Reds midfielder, Isaias also shared Marti’s sentiments, insisting if they continue to play in a similar fashions the wins will follow.

“I think we played a good game … and I think we had a few chances tonight to win the game, but football sometimes is like that where the ball doesn’t go in,” Isaias said.

“If we keep playing in this way we will get the wins and hopefully we win next week (against Wellington Phoenix).”