Ahead of Adelaide United’s massive Round 3 Hyundai A-League meeting with Melbourne Victory at Coopers Stadium, Opta has provided the key statistics for the clash, as old foes resume hostilities on Saturday.

In a match that has historically been dominated by the Victory, the Reds have managed just one win in their previous nine attempts against their Victorian counterparts (D4 L4). Although, that triumph occurred in their most recent encounter, a 1-0 away win at AAMI Park in February 2016.

However, Coopers Stadium and Adelaide Oval has proven to be a fortress for United over the years, with Kevin Muscat’s men yet to claim a win in the city of churches since September 2009, going eight consecutive meetings without tasting success (L4 D4).

Another positive omen for United heading into this clash is that they are currently unbeaten in seven games played on a Saturday (W6 D1).

Reds defender Ben Garuccio has performed more interceptions than any other player this season (10). 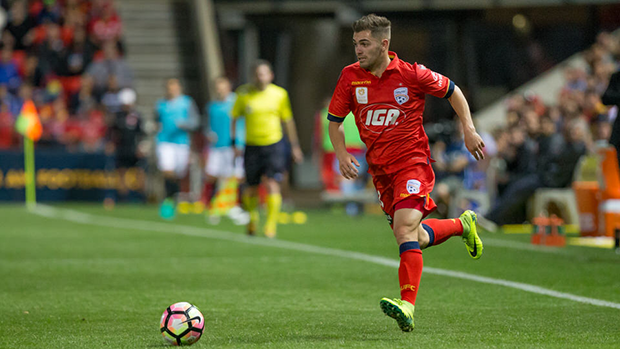 Melbourne are winless in their preceding four Hyundai A-League games, dating back to the end of last season ahead of this encounter (D2 L2).

The Victory have only attempted 14 shots across their two opening matches this campaign, six less than any other side in the competition.

Besart Berisha has only found the back-of-the-net once in his past six appearances against Adelaide, after previously scoring five in three immediately before this current dry spell.

Adelaide United host Melbourne Victory in Round 3 of the Hyundai A-League 2016/17 season on Saturday, 22 October at Coopers Stadium. Kick-off is at 7.20pm ACDT.